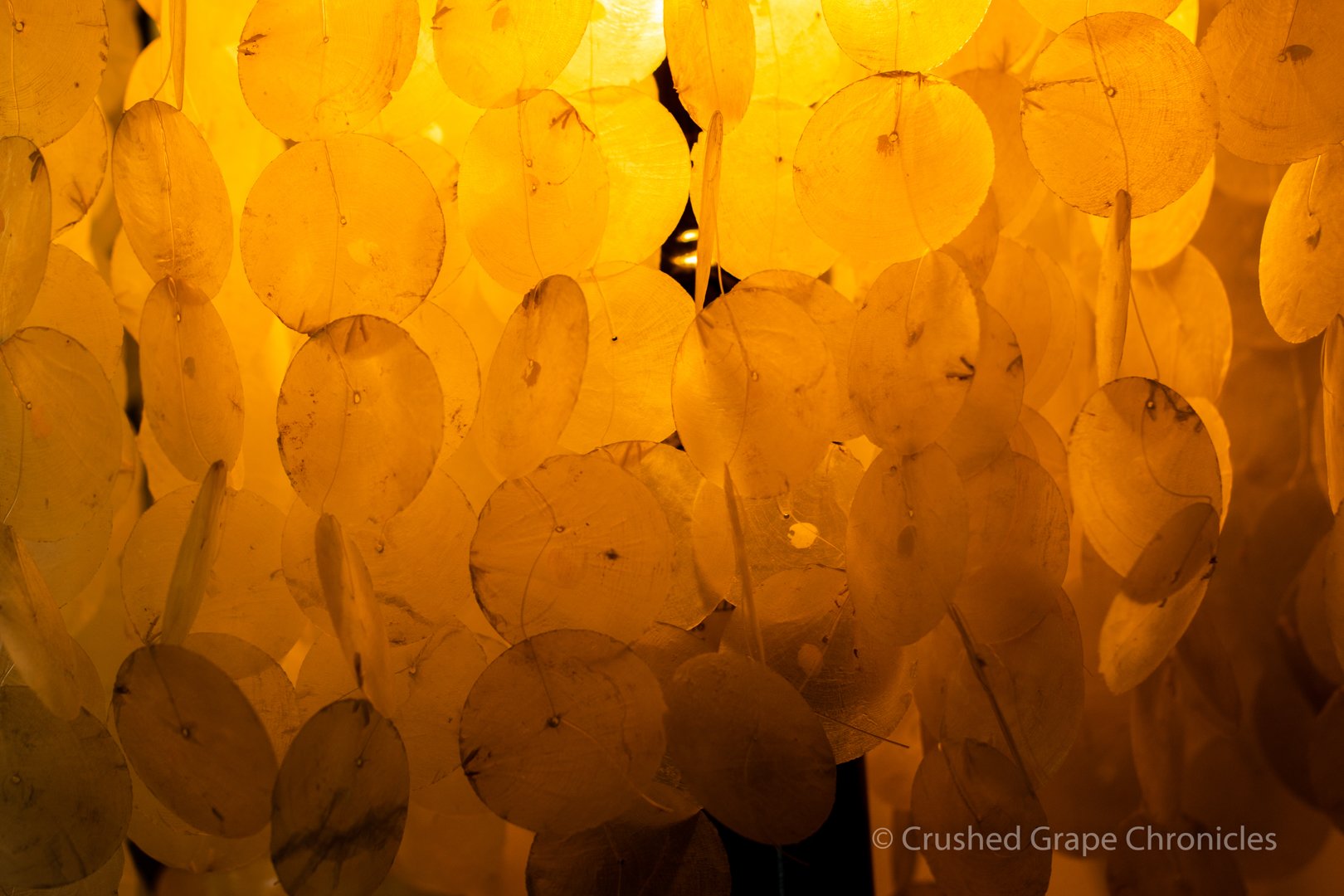 If you have tried today’s variety I want to hear about it! This is Baco Noir, a French American hybrid created by Francois Baco from folle blanche (which is a wine grape from France) and a red grape of the vitis riparia species (comes from America, but the exact grape is unknown). This variety is often found on the east coast and chilly North American regions like Ontario and New York.

The vines for this wine came from New York. In the late 60’s Philippe Girardet was bored of rocket science so he and his wife Bonnie headed north in their VW bus. They settled in the Umpqua Valley in Southern Oregon bought some land, built a cabin and decided to plant a vineyard.

Well to plant a vineyard, you need vines. So they headed cross country in the VW bus and picked up vines in New York, among them Baco Noir.

It was 1990 before Girardet did a single varietal bottling of Baco Noir, the first time this had been done. In 2009 it was Matt Kramer hailed as one of Oregon’s best reds in the Oregonian.

We are here to make discoveries, not to follow the beaten path.

Marc Girardet was born in 1975, so the vineyard had just recently been planted. He grew up on the vineyard and then in the winery as that was built. He was away for a bit in the Air Force, but the vines called him home. In 1999 he took over the winemaking from his father. It was time for dad to enjoy the fruits of his labors.

We spent an afternoon with Marc, talking on the patio, driving through the vineyard and tasting wine. Marc has planted the back vineyard(Shale Rock Summit) to Italian varieties now including Sangiovese, Barbera and Teroldego. We watched the jackrabbits, talked about the vines, the bush training he was doing and took in the view.

We did a short version of our visit that you can read about here The Scenic Route – Flash Tour 2019 Part 2 – Southern Oregon Applegate and Umpqua Valleys and you can be sure that we will be following up with more in depth information on our visit.

The grapes were hand harvested and hand-punched twice a day during fermentation and the resulting wine was aged in small French barrels for 15 months before bottling.  490 cases.  Vegan Friendly!

This wine sits at 13.4% abv and they note plum, blueberry, black cherry, dark chocolate and cinnamon spice in the tasting notes. It ran $34.00. Yep, sorry, this vintage is sold out, but never fear the 2017 has been released and sounds even more delicious with additional notes of clove, tobacco, cedar, vanilla and caramel. It also runs $34.00

This wine came with the promise of notes of plum, blueberry, black cherries, dark chocolate and cinnamon spice.

The first thing I got on the nose was brambles and dried herbs, with a backing of that black cherry and then blackberry with spices in the background. It had great acidity (think sour cherry) and lots of red and black fruit on the palate.

Okay…this was a late night tasting. I was soooo hungry at work, and I was craving pasta. I mentioned this to Carlo (a handsome Italian I work with, who is a great cook). He rattled off sauces…bolognese, puttanesca. Both sounded delicious, but I didn’t have the time to make those this evening. Then he said a word I had not heard…amatriciana. What is that? “You chop up bacon and sauté it, but don’t let it get crispy…” (Then he left to do a cue and I was waiting breathlessly for the rest of the recipe!). He returned to tell me to add peeled tomatoes, salt and pepper, maybe a little basil if you have it. So…a late night grocery run on the way home for these simple ingredients and voila!

We also paired with Gouda, bleu cheese and blackberries and a little dessert pairing with brownies. All good choices.

Yep…there are just 2 days left in our 12 Days of Wine Celebration. Come back tomorrow…