We have stayed busy with Wine Education during the

Have you been to Garagiste? They are a Wine Bar/S 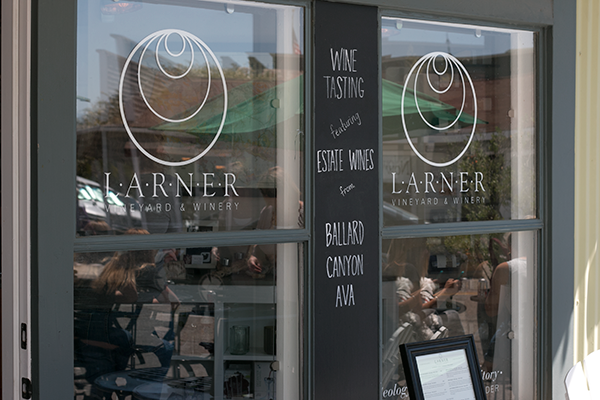 19 May A Conversation with Michael Larner of Larner Vineyards & Winery

While we were in Santa Barbara for the Vintners Spring Weekend, I had the opportunity to speak with Michael Larner of Larner Vineyards and Winery.  He graciously took time to speak with us while he was setting up for the Grand Tasting. 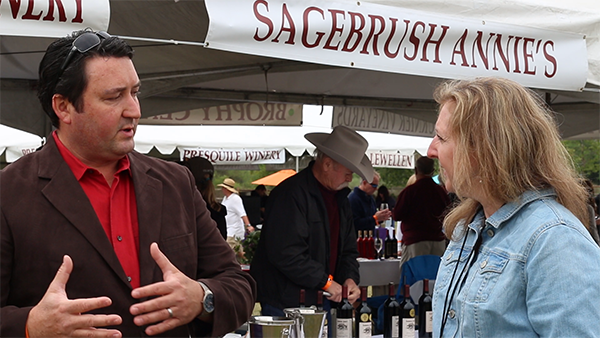 So we are here with Michael Larner of Larner Winery and you are in the new Ballard Canyon AVA right?  That’s right. We formed last year. At harvest in October we were certified and approved. We are very excited.

Michael Larner was actually instrumental in the creation of the AVA.  After a visit from a group of Sommeliers sent by Sommeliers Journal in 2010 to taste Ballard Canyon Syrahs, he rallied the vineyard owners and contacted Wes Hagen who had put together the Sta Rita Hills AVA to get the ball rolling on creating this new AVA.

What wines are you making with your winery?  We are what we call Rhone Valley varietal specific, so we have Syrah, Grenache, Mourvedre, Viognier, a little bit of an outlier of Malvasia Bianca. Of the 34 acres we have 23 planted in Syrah and that is really our champion of Ballard Canyon. Essentially all of us, Rusack, Jonata, Beckmen, Stolpman we are all really specialized in Syrah more than anything, so that really becomes the champion as well as also becoming the face of Ballard Canyon. We are actually going to do something unique creating a bottle mold that is specifically made for Ballard Canyon producers that says Ballard Canyon on the shoulder and that will be something we can take to the market. The only Caveat is that it has to be A. an estate and B. is has to be Syrah. So we want to go out into the market putting our best foot forward with Syrah. Because the AVA is 7600 acres with about 600 acre planted and over 300 in Syrah, it is definitely our Champion definitely what we want people to know about when we go out into the market. 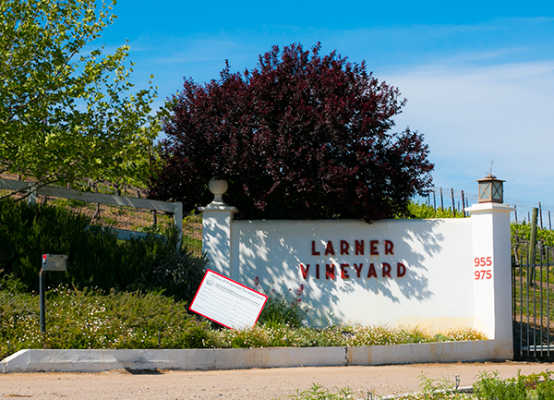 The day before we had taken a vineyard hike at Beckmen’s Purisimo Mountain Vineyard which is North of Larner in Ballard Canyon.  I had an opportunity to speak with Steve Beckmen about how he had chosen to layout his vineyard.  The decisions on where to plant different varieties are based on so many variables, including soil, water, temperature, sun and even wind.  So I asked Michael about how he had made these choices for his vineyard.

Michael: At Larner Vineyard our slopes are south facing slopes and our Syrah is kind of in the middle section. We actually put our Grenache on top. We are always worried about ripening so we put it at the higher elevation to push it a little, and then on the lower elevations we do more of our whites. Most of our site is sandy compared to Beckmen, so because of that we match soils a little differently than they do. That is probably why we have more of our Syrah in the middle. We are on any given day maybe a degree or two cooler than them. The main thing for us is that Ballard Canyon is defined by the presence of chalk or limestone, and up at Beckmen, Stolpman it’s limestone, you come down to me on the south side and we are more chalk. It’s still the same material it’s just a little more friable in my neck of the woods, where it’s a little more compacted up on the north side. It’s still rendered from the same foundation of bedrock, but ours is basically overlaid by sand so it allows the vines to be stressed enough to produce low quantities, high concentration, but then there is a nice underlay of chalk in our case that also brings a minerality.
I think that was sort of the unique thing about Ballard, the way it formed was essentially 6 of us producers that were pouring wine for Sommelier Journal we tasted through all the wines and looked at each other and thought wow there’s a lot of similarities. We all have our different fingerprint in terms of oak use etcetera, but there was definitely a lot of very characteristic minerality, that we all picked up on. Then when we did the Q & A with these sommeliers, they said “Why aren’t you guys an AVA” and we said okay no brainer, why aren’t we an AVA. So we started forming it in 2010.

We let him get back to setting up as it was closing in the time to open the gates for the Grand Tasting and later came back to taste the wines.  His “Elemental” is a gorgeous GSM blend that is a favorite in many restaurants. They also have a 2012 Viognier that is brand new and a lovely GSM Rosé. 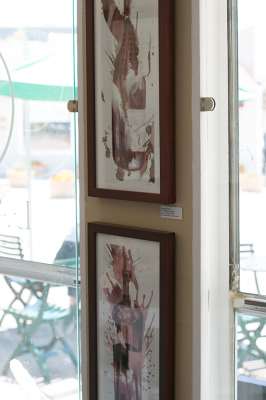 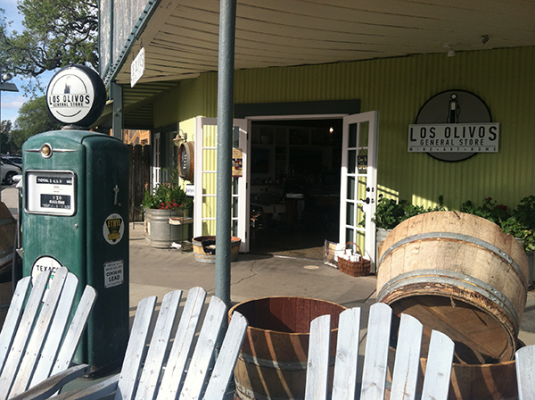 We also met his wife Christina later in the day.  She had a booth with her Wine Art and I picked up one of her stunning paintings of a cluster of Viognier on the vine, painted in Syrah.

They have a tasting room in Los Olivos attached to the Los Olivos General Store, right behind the classic Gas Pump!  You can stop in there and taste all of their wines.

We have stayed busy with Wine Education during the

Have you been to Garagiste? They are a Wine Bar/S