In addition to her Viogniers, Pinot Noir and Syrahs, she also produces “Domaine de Deux Mondes”.  This is a wine made from Santa Barbara grapes but done in the style of Yves Cuilleron from Condrieu. These wines are a completely different style from the Cold Heaven wines. The Domaine de Deux Mondes is oaky and riper than the Cold Heaven wines showing the versatility of this grape and Morgan’s winemaking skills.

One of the greatest things about the Cold Heaven Wines is that the wines have great depth and dimension, which….made them perfect for the Rhone Scent-ual event planned in her tasting room for the Santa Barbara Vintners Key to Wine Country Weekend event. 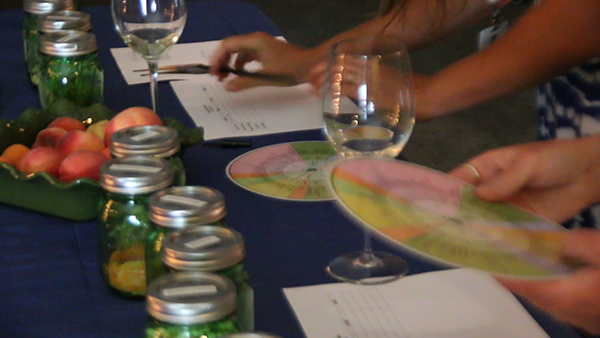 Kara and Liz had the Barrel room set with two tables one set for white wines and one for reds. Each had aroma wheels, a sheet for notes and lots of little blue mason jars filled with wonderfully scented stuff.

We began with the 2012 Le Bon Climat Vineyard Viognier.  This wine has peaches on the nose and a background of white flowers, you also get an earthy minerality which you could match with the diatomaceous earth that Kara and Liz had set on the table.

It was amazing all the fragrances that you could find in the wine. It soon became a little bit of a frenzy with all of us reaching for jars and then wanting to share the fragrance with everyone else. It was a sensory awakening. I think many people are intimidated by tasting notes, thinking that sommeliers just make up all those aromas they say they get on the wine. When you actually have those scents right there to compare, it’s amazing. And then you are adding to your scent memory catalogue for future experiences.

We moved on to the 2011 Sanford and Benedict Viognier, coming from Sta. Rita Hills this wine comes from Western most AVA in the country and one of the coolest growing regions.  There is more spice on this wine, and our noses got stuck in the ginger jar, there was also white pepper and grapefruit peel in there.

The third wine was the 2009 Saints and Sinners Viognier.  These grapes are also from Sanford and Benedict, but this wine is made in the Yves Cuilleron style.  The 30% new oak adds a warmth to this wine.  It’s like peach or apricot cobbler with baking spices and toasted nuts. 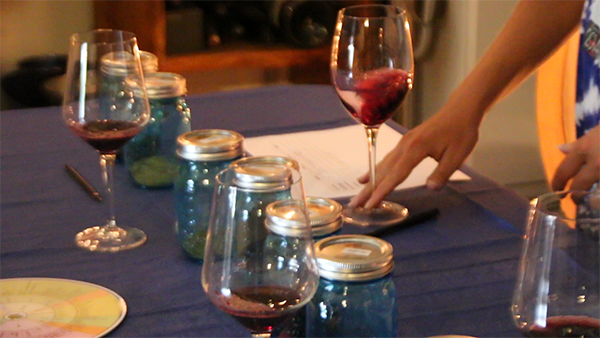 When we got to the red wine table we smelled the 2008 Domaine de Deux Mondes Syrah and right off the bat I got olives on the nose and I could pick up the jar of olives and confirm this. There were jars with leather, with spices and peppers with red and black berries, cinnamon, chocolate and even habanero sauce (which would burn your nose hairs if you stuck your nose in too far!).  You get woods and twigs on this wine, “Sous la Foret” which is under the forest floor in French, that bit of rich decaying leaves.  There were dark berries, and cinnamon, and coffee, but the olives were the most surprising.  The olive scent comes from stem inclusion.  This wine was done in a full cluster press, which means the grapes did not go through a destemmer before pressing.  Often this will give you a green pepper note, if the stems are not ripened.  When the stems are ripe, you get a wonderful black olive aroma.

Kara and Liz were there all along the way to answer questions and point you in directions you might not have thought about. This was an interactive event that broke down barriers. People got involved and excited and will walk away with a new understanding of these wines, of tasting notes and of their own senses. Thanks to everyone at Cold Heaven Cellars for a great event and some great wines!  If you are heading to Santa Barbara and want to nerd out on wines…this is the tasting room to come to! 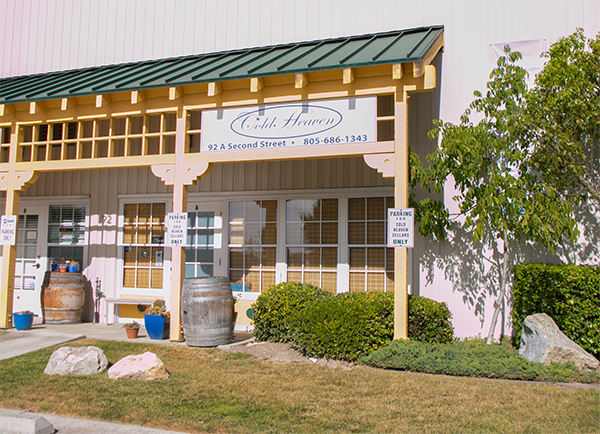 You can find them online at 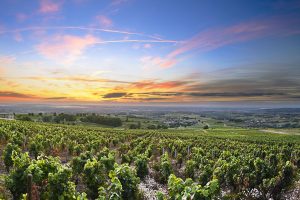 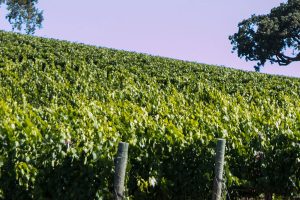 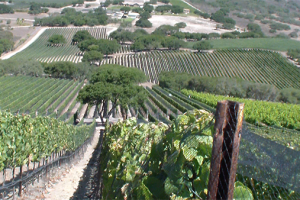 Vineyards of Sta. Rita Hills as viewed from Hilliard Bruce[...]

*This wine was received as a media sample. All opi

Beautiful. Far from normal, but beautiful.

It's snowing in Vegas!

Want the recipe for that delicious cod in white wi