We got in a van not knowing how long the drive might be.  I suppose I could have looked at a map, but I’m not sure that would have helped.  We actually ended up in Oregon.  Walla Walla AVA is a border AVA with part of the AVA in Washington and part in Oregon.

We were headed to Cadaretta’s Glasshouse on their Southwind Vineyard for dinner.  We arrived as the sun was setting to amazing views.  We were greeted with a glass of wine and trays of passed hors d’oeuvres.  The food and wine were lovely, but that view…

The North Slope at Cadaretta’s Southwind Vineyard. These are the Glasshouse blocks of primarily Cabernet Sauvignon

Cadaretta Glass house and tent at sunset with the tent that kept us warm from the Southern winds at the top of this beautiful site.

The name comes from the name of the schooner that carried the Anderson & Middleton lumber products to market in the early 20th century.  The family has a history in Washington having been in lumber on the coast since 1898.  That’s 120 years in business in WA this year, which is no small feat.  The timber company was based on the coast in Aberdeen WA (of Nirvana fame).

Issues came up with the decline of old growth and the family, always looking to preserve the land, closed their mill. In the 70’s issues with the spotted owl came up and many companies went out of business. The family bought property in California’s central valley and started growing table grapes.  This led them to Paso Robles where they have been growers of wine grapes at their Red Cedar Vineyard for 30 years.

They started Clayhouse wines in Paso Robles.  Their roots were in Washington though, and they returned to purchase this piece of property in the Walla Walla AVA.

Back to the ship

The Cadaretta carried lumber to San Francisco and LA.  Kris’ father used to ride on the ship as a kid on it’s journeys.  During WWII the ship was requisitioned by the Government.  Family lore tell the tale that on the final trip as the Cadaretta the ship was followed down the coast by a Japanese submarine.  The ship was later renamed Southwind, which is where this particular vineyard derives its name.

This vineyard sits just west of Milton-Freewater on the Oregon side of the Walla Walla AVA.  L’Ecole, Doubleback and Sleight of Hand also have vineyards nearby.  The view and the company are impressive, but what makes this place special for wine is the soil.

Most of the soil in the surrounding area is loess (blown dust) from the Columbia and Missoula Floods and you find that in the soils on the Northern slope. Those are the relatively young 15 million year old soils.  On the South slope you find fractured basalt soils.  These are ancient soils.  They were just behind the tent we were sitting in.  You find them only on steep hillsides above 1250.

When they bought the property they spent 2 years digging test plots.  After soil analysis they planted 1 acre test plots. Digging into the basalt is difficult, time consuming and expensive.  The vines have to work harder and dig deeper, but the characteristic they were getting in the wines from this soil made it worth it.

They have been working on this for 8 years and only 2 years ago release the first of the Southwind wines. Kris said that as a timber family they have a saying…

They wanted to get it right.  They find Syrah and Malbec do best in this soil.  There are few other vineyard grown in fractured basalt. These Southwind wines are pretty rare also with just 50 cases of each released.

The family comes from timber and it was always just common sense to take care of the land.  It’s no different with the vineyard.  Being salmon safe and sustainable isn’t something they advertise, they just do it.  They have falconers from Paso that they used in the vineyard there who come in to help keep the vermin down, as well as owl boxes on the property.  They use arugula for cover crop and have a bee keeper who comes in with the bees.  It just makes sense to be sustainable.

With that idea in mind, they also didn’t see the need for a big showy winery.  Instead they worked with Norm McKibben and  JF Pellet and created Artifex in Walla Walla which is a custom crush facility for small lot, high end wines.  The name comes from a Latin term meaning “Made skillfully” and it is a state of the art facility.  The facility houses multiple wineries and they are customers to themselves. 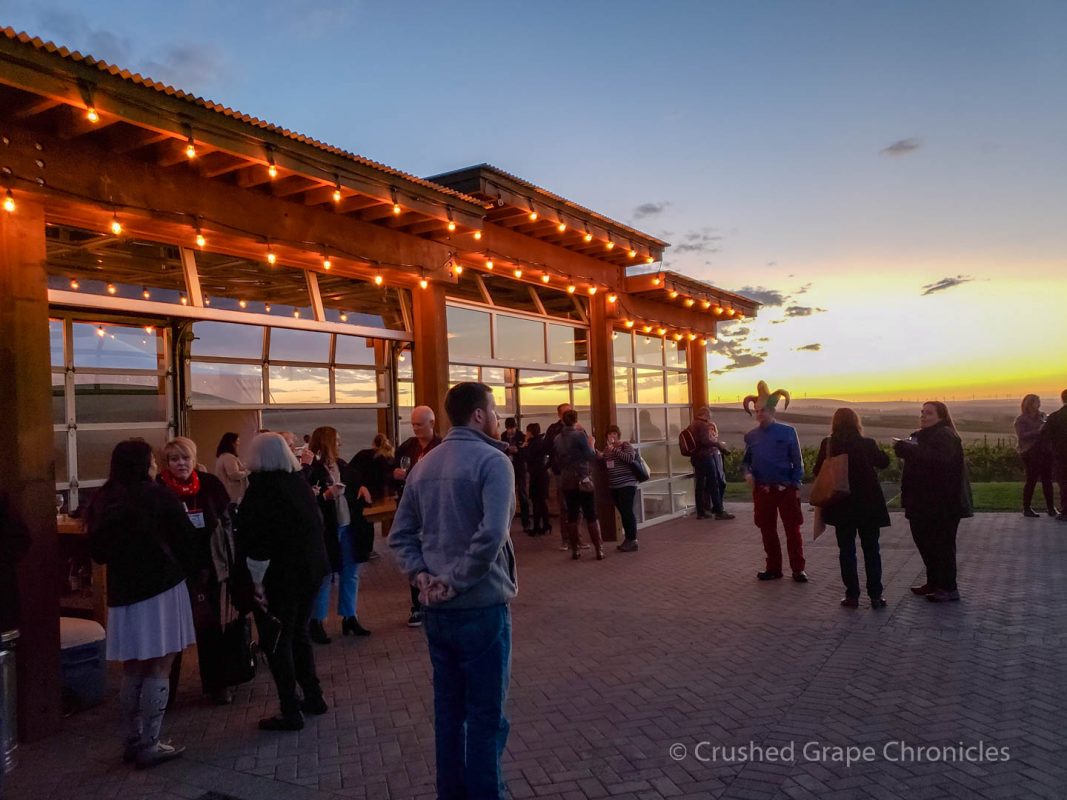 So they had determined that they didn’t need an extravagant tasting room, but her brother still wanted a place to entertain.  The view here from the vineyard was stunning and he wanted to create a place to enjoy that view.  He had seen a building at the Santa Rosa Airport and honed in on the idea of a glass house with garage doors to open to the view.  The timber is recycled, of course.  To keep this a “special” place they limit it to just a few events.  We were lucky to be one of those few events.

Our tables in the tent, protected from the wind at Cadaretta.

Over the course of the evening, Kris spoke to us between courses and we enjoyed dinner from Olive Catering in Walla Walla to compliment the wines.

The Southwind Malbec is a Walla Walla Valley wine specifically from the Southwind Vineyard.  2015 was a warm vintage with an early bud break. This was a wine that opened in the glass.

The Springboard is a Columbia Valley wine and is a Bordeaux style blend of 81% Cab Sav, 10% Malbec and 9% Petit Verdot sourced from Obelisco, Southwind, Red Mountain and Alder Ridge Vineyards.  It is aged in 60% new french oak with the remainder in more neutral oak.  Only 249 cases of this wine were made.

The evening was beautiful, the hosting was warm and the wines were truly stunning.  Getting to speak with Kris and being so warmly welcomed to the place that is so special to their family was a wonderful experience.

You can taste them at their tasting room in Downtown Walla Walla at 315 E. Main Street Thursday through Sunday.  Visit there website here for details.

Don’t forget to check back with us here at Crushed Grape Chronicles for more great wine country experiences in Washington, Oregon and beyond. You can also find us on Facebook, Twitter and Instagram 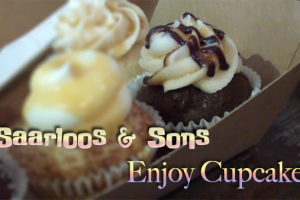 I have waxed poetic before on Saarloos & Sons and[...]

Explore Temecula, luxury on a budget

We have been to Temecula numerous times.  You would think[...] 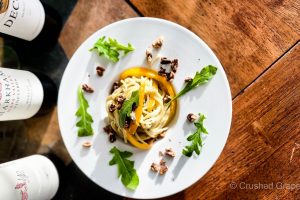 For #MerlotMe – Spaghetti with blue cheese, sausage, orange peppers and walnuts – perfect to pair with Merlot

Jump to Recipe #MerlotMe It’s #MerlotMe folks, and I have[...]