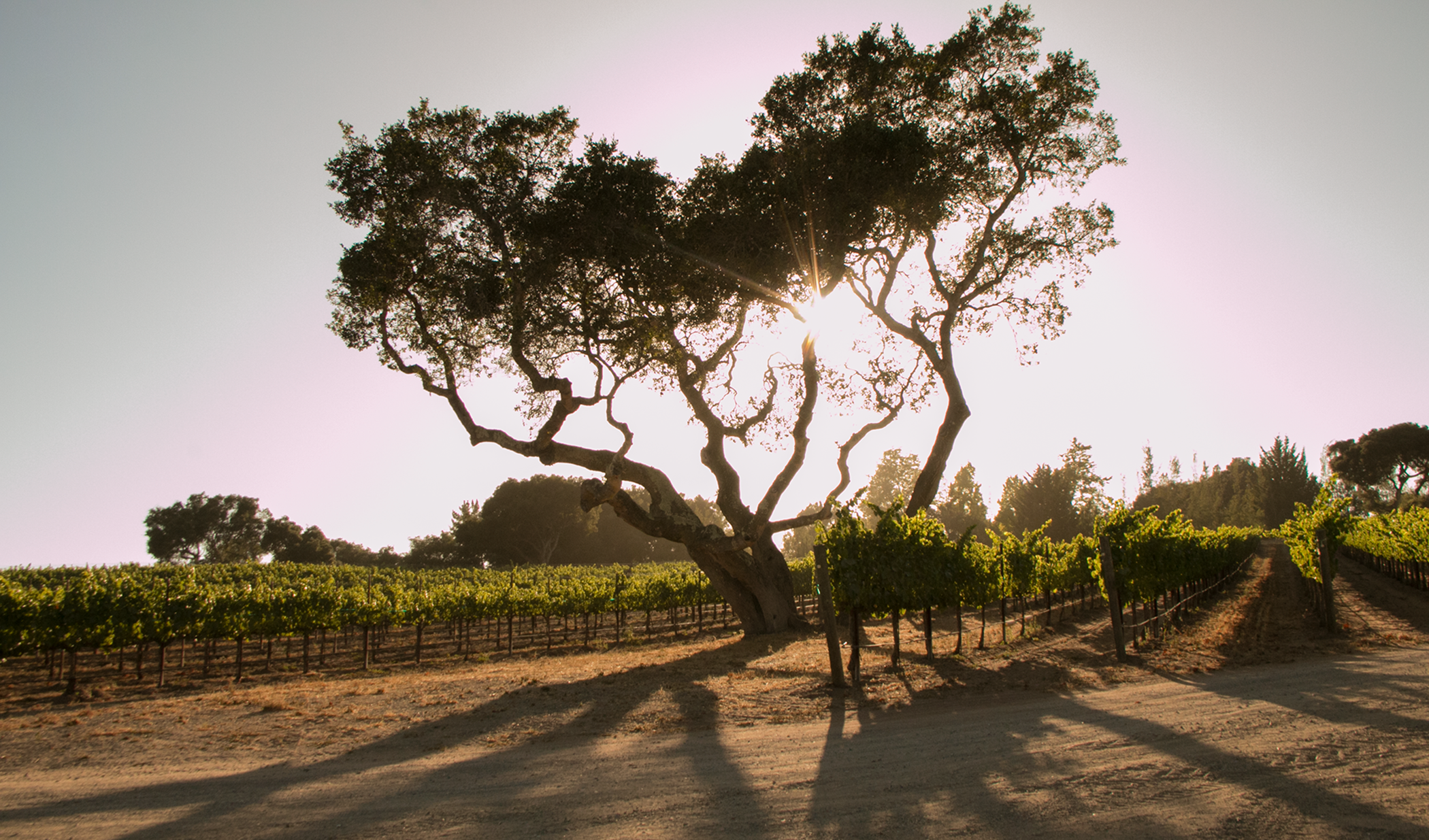 23 Jul From Dirt to Glass – Michael Larner on Syrah

Syrah. You know it. You have heard it called Shiraz and made into lush giant styles from Australia.  Maybe you have had it in a GSM, that Rhone blend of Grenache, Syrah and Mourvedre. Chances are you have even tried it as a single variety wine, perhaps a French wine from Chateauneuf du Pape. It’s not the nation’s top variety sitting behind the Cabernet Sauvignon & Chardonnay that made Napa what it is. Syrah however is extraordinarily expressive. In Ballard Canyon it is the most widely grown grape. Much of that happened by accident. Growers didn’t plant Syrah because they heard about someone else planting it, it was just simply the right grape to plant in this soil and this climate. Then it thrived. Syrah composes more than half of the planted vineyard acres in the Ballard Canyon AVA, so it’s no wonder that they chose this variety as their Champion as they tell the world about Ballard Canyon.

Of the 33 acres of vineyards at Larner, 23 acres are planted in Syrah. When they began planning in the late 90’s there was only so much information on this variety available at the time. They searched for the top three clones of Syrah from France, Australia and California and then laid out their 11 blocks. They also created an experimental block with clones that they were interested in but didn’t want to commit to a full 2 or 3 acres. There are 6 different rows of an experimental selection of clones. These rows can then be looked at from a purely viticultural perspective. This gives Michael the opportunity to see how the different clones work and decide if he might want to use them in the future. The property is 130 acres and they have another 30 acres that they will eventually plant with grapes, so this block has become their training ground for grapes.

In addition they will be doing some Massale Selection in an area of the property. This is a process of pulling canes when the sap has started to move back into them and then planting them to let them root. They will then allow these vines to go to seed and start propagating off the seeds. They do that a couple of times to speed the acclimation process of these vines that are all still relatively new (by Old World Standards) to California.

There are enough rows in the experimental block to harvest grapes and separately ferment, but you would be fermenting in 5 gallon lots. Michael used to sell these to small home winemakers who were very excited that Larner would sell as little as ¼ ton of grapes, but now they harvest all of these together and co-ferment them for the estate wines.

Ironically the experimental block has become their Cru. This spot has about 7 feet of sand and is probably the worst soil on the site. Even the weeds don’t like this spot. Surprisingly it has been beneficial, forcing these vines that would normally be vigorous to not overproduce. Almost every cluster here is picture perfect, making it the place for beautiful shots of Syrah grapes and vines.

Larner Vineyard & Winery has a Tasting room in Los Olivos attached to the Los Olivos General Store. They are open Thursday to Monday from 11am to 5pm.