We met Ryan Pickens of Esther Glen Farm and Winery at the Uncommon Wine Festival at Vista Hills Vineyard, and had a chance to taste his wines.  The Uncommon Wine Festival gave us an “uncommon” occasion to meet and speak with several newer winemakers, who have smaller labels.  It was an opportunity to taste many interesting wines and hear the stories first hand of how they were conceived and made.  This was the 9th Annual event, but it was Ryan’s first time at the festival.

A little bit on Esther Glen

The name comes from Esther and Glen who came to the Dundee Hills in the 1960’s to start their holistic farm and be self-sustaining.  In 1970 Craig Rathkey came to Esther Glen. He was farming with a 1950 Vintage Formal Cub tractor and a 1948 John Deer “M” tractor.  He restores old tractors, as well as antique clocks.  In 2015 Ryan Pickens met Craig Rathkey and now Ryan makes wine with the sustainably farmed grapes grown on the vineyard.  The Estate is 15 acres located on the Willamette Valley Floor across the street from Sokol Blosser. 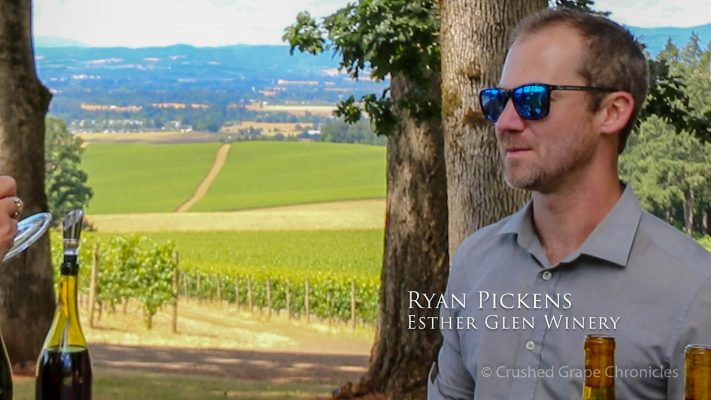 Ryan put his Marketing degree to use working for the Benzinger Family in Sonoma, CA selling wine.  It was there that he learned about sustainable and biodynamic farming.  Talking with the Benzingers, he got the itch to work on the other side of wine, in production. He started with a harvest internship and was hooked.

“That was in 2012 and I haven’t looked back since.  I went to New Zealand, Germany, Australia, during that time also, trying to find which wine I wanted to make for the rest of my life, and Riesling, Chardonnay and Pinot Noir are those three and Oregon is that place, that I’ve really found my heart, so I moved here in 2015.”

He does still work full time making wine for somebody else, so this is a side project.

“Yeah so this is just so fun, and I feel so blessed to be able to do this. I never thought that I would actually be able to start my own label.”

We tasted the two wines that Ryan was pouring, the 2017 Pinot Gris and the 2016 Pinot Noir.  Both are own rooted. 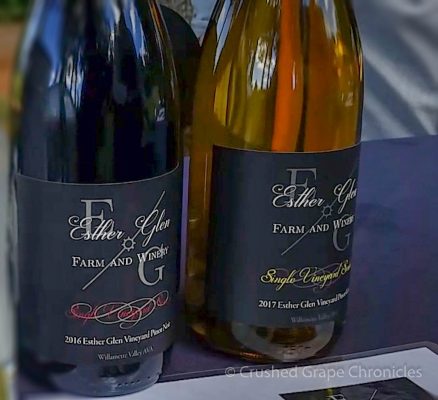 This is the 2nd vintage of Pinot Gris for them, they are just getting started.  The 2016 is sold out, so not so bad for their first vintage.

The nose is bright with meyer lemon and the then a little softer on the palate. This wine retails for $18.00

“(I was).. Trying to capture, so when I moved here this forest floor, this mushroom characteristic, that everyone was talking about, and happy to see that this is starting to blossom out like that .”

There was definitely forest floor on this wine as well as leather and cola on the palate.  This wine retails for $28.00

On Sustainability and holistic farming

Coming from Benzinger where they farm biodynamically and then at Esther Glen where that was the original idea of Esther and Glen, the grapes here are farmed sustainably.  Certification will come eventually, but it is a process and a cost and the vineyard and winery are young.  Regardless the idea of holistic farming is important to Ryan.

“Yeah, so you want to give back to the land you know, who knows if we are going to be there for 10 or 20 years, but we want to make sure that that land is ready for the next person coming around.  So really you’re just taking care of it for the next generation.

Esther Glen does tastings by appointment only and you can reach them by phone at (503)583-0970 or email them at info@estherglen.com

You can also find them online at EstherGlen.com

You can also read our piece on the Uncommon Wine Festival, with our interview with Dave Pettersen the Winemaker and CEO of Vista Hills who founded the event. We look forward to bringing you interviews and discussions with all of the winemakers from this event, as well as details and visits with wineries in each of the Willamette Valley AVAs.  So check back here at Crushed Grape Chronicles  and don’t forget, you can also find us on Facebook, Twitter and Instagram 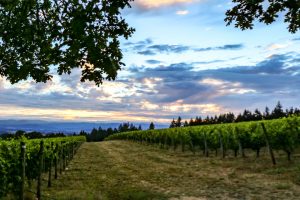 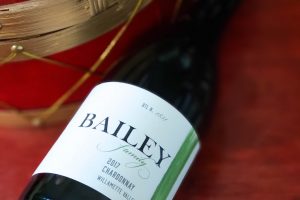 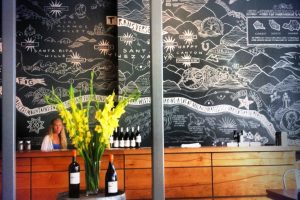