90% of the vineyards are dedicated to Abariño

Albariño is being grown all over the world, but it originates from Rias Baixas.  We spent some time getting to know a little about the region and then tasting through 3 Albariños from this region and doing a little experimental food pairing.


August 1st is “Albariño Day”. To celebrate, we are doing a group blog post with some of our friends who are wine bloggers, organized by Andrew over at Wine Thirty Flight. Now Andrew and team are experts on Spanish wines and so Albariño is one of their deep loves. To get us in the mood we thought we would dive back into some of our favorite Albariños.

Back in 2014 I was just learning about Albariños and I wrote a piece Albarino Portico da Rio, a crisp zesty white wine from Spain Here’s a bit of the blog: 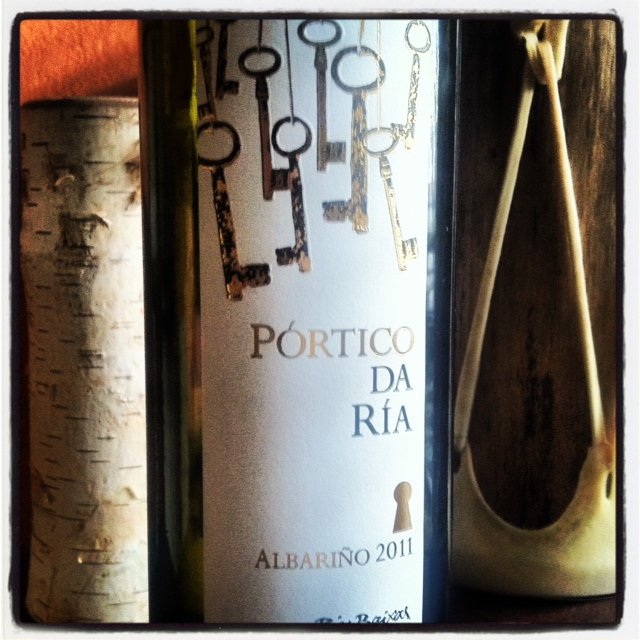 So as with most grape varieties this Spanish grape is now grown in California. A few years ago we tasted with Rick Longoria of Longoria Wines in Santa Barbara and picked up a bottle of his beautiful Albariño to take home. We enjoyed it with shellfish and I posted an article Longoria Albarino and Shellfish

Rick Longoria is legendary in Santa Barbara and is soft spoken and humble when speaking of his incredible wines. We had a wonderful conversation with him at the Santa Barbara Vintners Spring Grand Tasting. Here is a bit from that post:

As Albariño Day approaches we headed out to find a few more Albariños to taste and share with you! The best of our tasting will be shared on the group post with Wine Thirty Flight! Watch for our Albariño tasting, where we try 3 Albariños from Rias Baixas and pair them with some delicious foods.

Keep up to date on all of our posts by following us on Crushed Grape Chronicles . You can also find us on Facebook, Twitter and Instagram

no need to decant

Steamed mussets or clams, Simply grilled fish such as seabass, squid or sardines