This area in the Western part of the Hunter Valley feels isolated and remote. As you pass through the village of Broke and drive down the 2 lane Wollombi Road, the hill of Yellow Rock rises up on your left while fields reach out past Wollombi Brook to the Mount Broke on the right.  Out here is where you will find Krinklewood, a biodynamic vineyard and winery in the Broke-Fordwich sub region of the Hunter Valley.

We arrived and turned down the lane at Krinklewood.  You can’t help but be transported.  Green vineyard rows are capped with mirror balls. The sunlight catches them and bounces the morning light about.  It’s beautiful with a bit of joyful ktich.

Rod Windrim, the owner of Krinklewood, met us with his dog Minti.  Meeting Rod, there is no doubt that you are in Australia, he sports a bush hat with a colorful hat band, and an easy going demeaner.

Rod asked if I had seen the disco balls before.  I had not.  They use this here, as a deterrent for birds.  It’s a bit flashier than the tinsel you see in many places.

“With birds there’s all sorts of partial solutions, there’s no total solution.  Other than standing over them with a machine gun.  This came about because I’ve got a neighbor that moved into the area across the road and the sound of electronic speakers and things drove him nuts.  He was a miner so he was working shift work, so it was my attempt to try to get on top of the problem in a gentle soft sort of way.”

He’s even thought about adding wings to them, to catch the breeze better. They look fantastic and let you know that this place does not take itself too seriously.  Driving up to the cellar door, you won’t expect a hauty, snooty greeting after seeing those.  It sets the mood. It also makes you think immediately of music, and music as we will see, plays a big part in these wines.

Rod and his family live in Sydney and started coming to the Hunter in 1978.  They planted a vineyard in Polkobin in 1981.

“We then moved out of Pokolbin to Wollombi because we felt Pokolbin was becoming too suburban.  Actually we thought, next there will be traffic lights and there were tarred roads…so it wasn’t what we were looking for.  So we ended up moving to Broke, because it was sort of like we were in the country.”

In 1996 they decided to plant the vineyard here. They spent 2 years doing the research with soil pits etc.  In 1998 they planted to conventional methods, but Rod was researching and found a book by Nicolas Joly on biodynamics. He was fascinated and took a night course on biodynamics. He would rush home late after the class and wake his wife up to tell her all the exciting things he had learned.  It was the synergy of this method that really attracted him.

The contractor they were working with was open to this, while still a bit skeptical.  They started using biodynamic preparations in 2002 and were certified biodynamic in 2007.

When I say certified biodynamic, it is for the entire property, which includes an orchard and garden, as well as multiple animals they have on the property.

They had sheep, but spent so much time moving the electric fencing, as they moved the sheep from area to area, that it became too much work.  With biodynamics, you cannot use chemical drenches to kill worms and parasites in your sheep. The alternative is to have pasture open to heat and light and allow the parasites to die before allowing the sheep in that field to graze.  Hence the moving of the fencing constantly.

The inspiration for the Krinklewood label

They still have cattle, but the numbers are dwindling due to the draught.  The cattle are an important symbol here, you see them on the label.  These are Limousin cattle.  When they bought the property they had 60 head of these cattle here.  This breed comes from the Limoge province in France.  The ancient cave paintings here were the inspiration for the Krinklewood logo.

In addition, they have chickens and there are geese.  The idea is biodiversity. It is bucolic and beautiful and it makes you breathe deeper, wrapping you in a sense of calm.

Next we head out for a “wander” as Rod says, to see the property and discuss their biodynamic approach. You’ll want to check back to join us.

And here is a link in case you want to look up the books by Nicolas Joly that he refers to! https://www.amazon.com/Biodynamic-Wine-Demystified-Nicolas-Joly/dp/1934259020 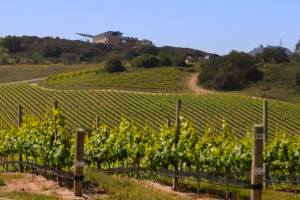 In our second installment of the amazing conversation at the[...] 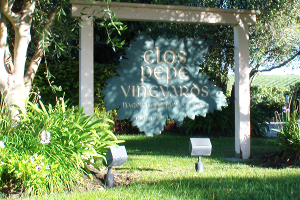 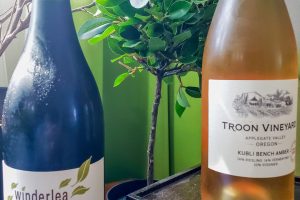 A couple of weeks ago we attended the Virtual Wine[...]