In October we pair wine and volcanos with the Italian Food Wine and Travel group.  I’m partial to volcanos, as you will see, so diving into Italian volcanic wine was an exciting prospect.  If you scroll to the bottom, you will find links to my colleagues’ writing on the subject.

I was 12 when I met a volcano.  My father was stationed in Hawaii, and we took a trip to the Big Island and visited Kilauea.  We sat on the edge of the crater as one of my ancestors had done.  Samuel Clemons, you might know him by his pen name, Mark Twain, is a distant relation and I read that he too had visited Kilauea. As you can imagine, at that time it made quite an impression.  In case you are curious, here is a link to his writing on his visit.

Volcanos have a way of putting things into perspective.  They are large and perhaps ominous. When you visit them you are reminded that they are remolding and remaking the land. Kilauea is creating a new island off the eastern shore of Hawaii as we speak.  As a child in Hawaii, I learned to respect volcanos and the goddess Pele, who created these islands and continues to create.

I have visited a few times since then, with my husband.  The reverence is still there.  I always feel I must be quiet and contemplative in the presence of a volcano.

Kilauea is the most active volcano currently on the planet.  Sitting in second, is the volcano we visit virtually today. Mount Etna.

Mount Etna is on Italy’s island of Sicily.  As I scrolled through the photos of the volcano, I felt that familiar sense of awe as well as a certain giddiness.  I do love volcanos.

You might ask about the last eruption on Mount Etna. Well, this is an active volcano. As I write this, there is an ash warning and yes, the crater is still bubbling. This is a stratovolcano and it has been growing for 600,000 years, from a crater on the seafloor to the 3350 meters (that’s almost 11,000 feet) it now towers above the ocean.

Seems exciting right?  Something you might want to see on the webcams?  But maybe not where you want to go visit a vineyard.  Here’s the thing, volcanic soils are great for wine grapes. The Phoenicians knew that when they planted wine grapes here 3500 years ago.

During the Roman empire, this was a prestigious region for wine, but it declined in the 20th century.  The Etna DOC was established in 1968, but it was not until the 80s that the region really started to grow.

Our wine comes from Passopisciara, Andrea Franchetti’s winery her on Mount Etna.  Franchetti was known for Tenuta di Trinoro, where he was making Super Tuscan style wines.  Being a man who loves a challenge, he came to Mount Etna in 2000.  His writing on coming to Mount Etna is evocative.  It paints a powerful picture.

“There’s no mold, no moss; the ground sparkles black like the night; the wine slowly becomes very elegant and strange. During the day a soft light penetrates everything and then there are starry nights; Etna has enormous poetry. Making wine, you have access to it. There isn’t Mother Nature here. You are conducting your viticulture on stuff that comes out of the terrible below.”

They have 26 hectares (64 acres) of vineyards on the northern face of Mount Etna.  The wine we tasted, Passorosso, is a blend of 6 Contrade including; Arcuria, Chiappemacine, Favazza, Guardiola, Feudo di Mezzo and Sciaranuova.

Let’s start at the top. When you get a bottle of wine from Sicily, it might be labeled Terre Siciliane IGT, which means it can be grown anywhere on the island or Sicilia DOC, which is again anywhere on the island, but with higher standards. Then there are 23 DOCs and one DOCG. The Etna DOC is shaped like a backward letter “C” and wraps around Mount Etna beginning in the North and wrapping around the east side and to the south, the west side of the volcano is not included. You can see Mount Etna on the East side of the island just above Catania on the map.

The contrade are like single vineyards blocks, each of which have a different profile based on the lava flow. The vineyards vary in aspect, altitude, and of course soil.  The lava flows happen at different times and as the lava ages it changes and breaks down in different ways.  These contrade are treated by the winemakers as Mount Etna’s version of a cru. These “contrade” are not yet codified, but often the wineries will use them on the label.

Some of these vineyards sit outside the Etna DOC as they are higher on the slopes of the volcano than the original DOC accounted for.  Such is the case with the wines of Passopisciaro.  Their main vineyard sits only partially within the Etna DOC.

Nerello Mascalese is an ancient grape that has spent almost 4 centuries on the slopes of this active volcano.  The best plots date to the early 20th century, with some planted before phylloxera.  These older plots are planted to bush-trained vines known here as Alverello (small trees).  They are tied to a stake to keep them from falling over and are less densely planted than trellised vines.

Alverello are also low to the ground, which allows the soil to warm them during cold nights.   They are also late harvesting when grown in this style and sometimes harvest will extend to late November.

The grape likely has Sangiovese as a parent as per recent DNA testing and possibly Carricante. Others site Mantonico bianca as a parent.  The grape is noted to make wines with good acid and medium to high tannins with red fruit and spice.  This is often recommended for Pinot Noir lovers, due to its similar weight and ability to pair widely.

As I mentioned, the Passorosso is a blend across 6 contrade, with different soils, aspects, and altitudes.

100% Nerello Mascalese, from vines between 70 and 100 years old. It is fermented in Stainless steel for 15 days, completes malolactic fermentation, and ages in large format neutral oak for 18 months.

Now on to the poetic

“The 2014 vintage presented us with a lightning-quick harvest.  After four months of dry heat, a single stormy night in late October brought in the cold.  Starting on the 23rd, the moon was waxing, the season closing; the grapes tasted different every morning, and we harvested them in vineyards at all altitudes as the become suddenly ripe.

The last on the mountain with grapes on the vines, we harvested large areas very quickly as we realized that the hot summer had managed to ripen whole vineyards quite evenly.  By the 2nd of November, the moon waxed hard enough and drew even the vines living in the coldest corners to perfect ripeness.”

This is a wine that moves you. It lifts and fills like a deep breath.  In the glass it is vibrant and bright, a light brilliant ruby color.  As I dipped my nose in there were bright red fruits, anise, sour cherry, then grilled meat, smoke, and savory notes.  On the palate sour cherry and red plum vibrated. If you picture this wine filtered through lava rocks you get the idea.  There is a leanness, a sense of altitude, with clean air moving.

This is a bright wine, bursting forth from soils of lava.  I am taken back to the big island of Hawaii, watching bright green life sprout forth in fields of black lava.  Yeah, that’s what it’s like.

It’s delicious and I want to drink this again and again.  It sits at 15% abv, but it doesn’t come across hot or out of balance at all. Eric at Garagiste said they fell in love with this wine when they opened and are determined to keep in on their wine list.

I looked for a pairing, something Sicilian, and came across Polpette di tonno.  These are croquettes with tuna.  While tuna is a fish, in Sicily it is considered red meat (it is a red-fleshed fish after all).

I adapted a few recipes and mostly just tossed things in a bowl figuring I could add more if the consistency was not right.  I used torn white bread, tuna in oil, bread crumbs, capers, parmesan, ricotta, egg, and parsley.  I made balls and rolled them in more bread crumbs and stuck them in the fridge while I heated the oil.  They fried and drained.  Other variations included milk instead of ricotta, some had bread soaked in the milk and one suggested drizzling with olive oil and baking.

They were beautiful with the wine. We had a marinara dipping sauce and a cheese plate.  That was dinner and it was heaven.

Are you ready to dive in and talk and learn about these wines?  Join the Italian Food Wine and Travel group on Saturday, October 3rd at 8 am Pacific time on twitter.  Follow and use #ItalianFWT to join in the conversation!

If you want to discover and learn more about Italian Volcanic wines, take a look at the pieces below. 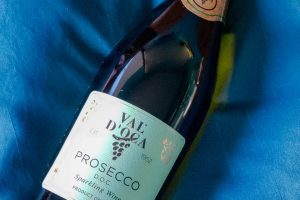 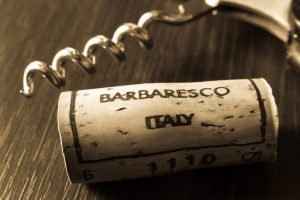 Barbaresco – Exploring this Elegant and Powerful wine with #ItalianFWT 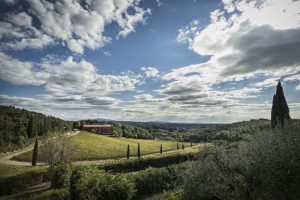 Are Super Tuscans still relevant and worth my time and money?

When I discovered that the Italian Food Wine and Travel[...]