Hmm…is that allowed? National Zinfandel Day is celebrated in the US and is supported by ZAP (Zinfandel Advocates and Producers). While the majority of Zinfandel is grown in California, where it arrived around 1850, it can be found around the world. You’ll hear about Primitivo in Italy. Is it the same as Zinfandel? Well, they both are clones of Tribidrag from Croatia that migrated and evolved in their new locations.

Our Zin for Zinfandel day is from Lowe Wines in Mudgee Australia. We spent an afternoon with David Lowe at the winery when we visited Australia. He is fascinating to speak with about many things, but we tried to keep our conversation to wine.

In Australia, Zinfandel is not one of their top grapes, but you will find it doing well in the Barossa Valley, Riverina, McClaren Vale & Mudgee. So how did David Lowe get into wine and then into Zinfandel? After deciding to be a winemaker at 15, David at one point went to work for a wine company and was exposed to wines from around the world. He even met Robert Mondavi. With his boss he tasted, the 20 top rated wines in the world at that time, 9 of which were biodynamic or organic. That had him hooked. In the 2000’s the biodynamic conference in Australia really gave him the information he needed to take his property that direction. 20 years later, they are still constantly improving on their biodynamic/organic property.

David fell for the wines of Sonoma and Dry Creek. The best Zins in California come from Lodi, Paso Robles, Amador County or Sonoma. He met Fred Peterson of Peterson Winery, who became a mentor for him.

Fred Peterson began as a viticulturalist developing vineyards in Sonoma County’s Dry Creek in 1983. In ’87 he launched his winery. His philosophy is Zero Manipulation. He is an iconoclast and farms with low tech and high attention. His style leans toward old world style and he is well respected in California.

Fred came to Lowe and suggested that they plant Zinfandel. Like California, they found quartz soil here, which is common to gold mining areas. This quartz soil holds minerals and is well drained, good for grapes. When Fred suggested planting Zin, he told them to “treat it badly”.

Zin can often have huge bunches that can get to over 3 pounds. They can be massive and have great difficulty with humidity causing mold and disease late in the season. To keep the bunches smaller, they head pruned. This keeps the vines low to the ground in kind of a bonsai style. The bunches and berries stay smaller, with tougher skins and a greater skin to juice ratio. This also allows for better airflow in the vine, keeping the humidity issues down.

Planting density and spacing for tractors

In planting density they went 10 by 10 feet (or 3 x 3 meters). Some of this has to do with tractors. Newer regions, plant vineyards to fit the tractors. In the old world, the vineyards came first, so you will see tractors built to fit the vineyards. Here the 10 x 10 spacing with the bush vines allows them to mix up their tractor drives. It’s not just one row that you are constantly driving back and forth between the trellis’. Here they can mix it up, driving 8 different paths between the vines (think like cutting a pie!)

Zinfandel in the Lowe Vineyard

The vineyards for the Zin sit near the cellar door at 500 meters (1640 feet). We walked the block that is in front of the winery. It was early spring and we were just a little past bud break, with the knarled vines, just tipped with green.

This region, sitting on the western side of the Great Dividing Range, starts it’s season a little later than the more coastal areas. While in Shoalhaven, Southern Highlands and driving through the Hunter Valley, we saw lots more green on the vines. Here the higher altitude and the location inland, keep the bud-break a little later.

They have a map for a wine walk that takes you around the biodiverse property, through the fruit orchard, past the compost and bird habitat through the vineyard blocks and nut orchard. We strolled taking in the space. Cloud covered but still dry, the skies were overcast while the brown dirt in the fields belied the fact that it was spring. Just in front of the winery there were planter boxes filled with vegetables and greens. The patio had a trellis’ roof covered in vines. There were tables and games in a stand of stone pines down the drive for picnicers.

We did not have time to visit the Zin House, the farmhouse restaurant on property run by David’s wife Kim Currie. This is local food, centered around their biodynamic garden, served with Lowe wines as well as other local wines. Alexander, Kim and David’s son, oversees the cellar and wine selection for the restaurant. We met him the following day as he stopped in while we were speaking with Sam at Vinifera Wines. This is a small community and the comradery between businesses is wonderful to see.

The style of Zin they make a Lowe is more elegant. It is not the big jammy Zins (you remember Tobin James). These are lighter and more elegant. They are hand-harvested from 5 head trained blocks around winery from biodynamic fruit. They ferment in was lined concrete fermenters. The label says they are “naturally brewed with indigenous yeast from the vineyard”. These age in 4500 L American oak casks for 2 years and are unfiltered and unfined. This wine does sit at 15.2% abv.

I remember David speaking of loving the smell of Christmas Cake in Zinfandel. At the time, my translation of that was “fruit cake”. I remember my mother making fruit cake when I was a child. All those bright died colored squares of some kind of fruit. The blue pieces scared me a little. But Christmas Cake….well that conjures pictures of the party at Fezziwig’s! There’s a little more depth just thinking of that cake. It’s not one that I have actually tasted, but I know the smell now, from dipping my nose in that glass. (Confession…we are early decorators for the holidays and I smelled and sipped this wine in a tree lit room…for research, of course).

The nose on this wine is big. It is dried fruits, like raisins and currants all plumped up in brandy and spices. Yep, Christmas Cake. The nose is almost syrupy.

After a whiff, I looked at the glass on the table, backlit by the tree and could see the ruby color with the light shining through. I think after that nose, I was surprised that the light came through. Then I swished it in my mouth. Here came the elegance. The mouth feel was vibrant and medium weight and those red tones certainly indicated a level of acidity. The tannins were lightly chewy and smoothed out gradually. When I stuck my nose back in I found a bit of mint behind all those plump raisins and some cooked berries with baking spices.

Michael had made some homemade chili early that day, and we curled up on the couch with this wine, the chili, the tree and a little late night TV. I closed my eyes briefly and did a little virtual revisit to Mudgee. Here’s a bit for you.

A virtual stroll at Lowe Wines

We visited Mudgee while we were in Australia for the Wine Media Conference in October on #OurAussieWineAdventure. For more information on the region you can visit the following sites

If you make your way to Mudgee and want to find Lowe Wines head out to Tinja Lane just outside Mudgee,

where they are open daily from 10-4:30 for tastings that their cellar door. They also have tasting platters available from 11-3. 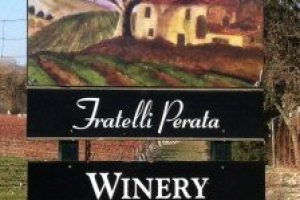 Small Winery’s off the Beatin Path

When we find Enthusiastic Wine Geeks like ourselves at different[...] 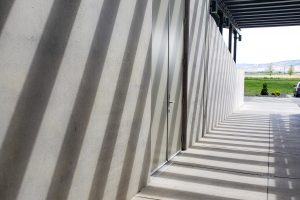 It was a quiet morning as we drove south of[...] 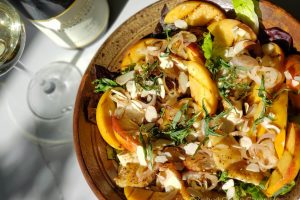 Early one spring morning we headed into the Southern Highlands[...]