The picturesque landscape full of vineyards around the town of Valdobbiadene, an area renowned for its sparkling wine, Prosecco - photo courtesy Adobe Stock

Prosecco.  Those easy-going bubbles from Italy.  There is a history here that goes back 2000 years.  The wines of these steep lush green hills have evolved into the bubbling beverage that is easy to drink and has an unexpected depth of history. Join us as we dive in deep, to Prosecco and further into the Conegliano Valdobbiadene Prosecco Superiore DOCG

Prosecco comes from the Northeast part of Italy, from Veneto and Friuli Venezia Giulia.  The wine is made primarily from the grape glera, which has been grown here since the Roman Empire.

The Prosecco DOC spans 4 provinces in Friuli Venezia Giulia: Gorizia, Pordenone, Trieste and Udine; as well as 5 provinces in Veneto: Belluno, Padua, Treviso, Venice and Vicenza.  There are two special titles, Prosecco DOC Treviso and Prosecco DOC Trieste that can be used if the harvesting, wine-making and bottling all take place entirely within these regions.

The name Prosecco, is first heard in reference to a town on the far north east of Italy.  It’s that region, sitting on the east side of the Adriatic Sea, surrounded by Slovenia. This tiny sliver on the coast on the Gulf of Trieste is the home to the village of Prosecco which is now a suburb of the city of Trieste. It sits 249 meters above the sea.

References have been found to histories of Pliny the Elder that tell us that the “Pucino” wine from the Prosecco area were a favorite of Empress Livia (wife of Emperor Octavian Augustus).  She lived from 58BC to 29AD and claimed this wine was what enabled her to live such a long life.

It appears there is a long history of Prosecco.

The grape for Prosecco wines was long simply called “prosecco”.  In 2009 the name was officially changed to “glera”.  There was so much of this grape being grown world wide, the region needed to make the change to protect the region.  Now the grape is “glera” and the wines from this specific region are “Prosecco”.  You will still find some producers around the world calling their wine Prosecco.  (particularly in Australia).

Glera is the primary grape for this wine.  It is a white grape and it produces long golden colored bunches of grapes.

85% of the wine in a Prosecco must be from glera.  They do allow other grapes to fill out the rest including: Bianchella, Chardonnay, Glera lunga, Perera, Pinot Blanco, Pinot Grigio, Pinot Nero and Verdiso.  If they use Pinot Nero (Pinot Noir) it must not have skin contact, it must be vinified like a white wine.

Vines for Prosecco are found between the Dolomites (the Northern Italian Alps) and the Adriatic Sea.

The styles of Prosecco

When you think of Prosecco, you will be thinking of the Spumante style.  It is the most famous, made in the Italian Method which is also called the Martinotti Method or metodo Italiano.  If you are familiar with sparkling wine making techniques you can think of this as the Charmat, Tank method or cuve close. The method began in Italy, created by Federico Martinotti in 1895, the Frenchman Eurgene Charmat further developed this method in 1907.

This method to create bubbles, places the fermented base wine in a pressurized tank or autoclave.  Sugar and yeast are added (the liqueur de tirage) and the tank is sealed and pressurized.  So as the wine ferments for a second time (all those yeasties gobbling up the sugar and tooting out carbon dioxide) the CO2 in forced into the wine.  This method gives you bubbles, at a level of 2 to 4 atmospheres of pressure (compared to Method Traditional, like Champagne where you get 5-6 atmospheres of pressure).

Prosecco can vary in sweetness from Brut to Extra Dry to Demi-sec, brut being the driest.  This is achieved by reducing the temperature at the end of the secondary fermentation, when the desired sweetness level is achieved.  (Kill the yeast with cold, before they finish eating all the sugar.)

They do make two other styles, Frizzante which has very light effervescence and Tranquillo or still.

The different styles will give you different aromas.  Frizzante has notes of wisteria and lemon, while Spumante has apple, banana and rose.

I will mention that I have heard of wineries in Prosecco producing with the traditional method, with secondary fermentation in the bottle. That’s something more to explore.

Conegliano is the home to Italy’s first school of winemaking – The School of Oenology was founded in 1876.

The region is stunning with green hills, southern facing slopes, great drainage.  They get a daily rain shower followed by gently winds that dry the grapes so they don’t develop mold or disease.  It sits between 50 and 500 meters above sea level, with micro climates that allow variety and nuance in the wines.  Overall winters are long but not too cold, as the Prealps protect the area from the cold north winds. Summers are hot but breezy.  They also have a good diurnal shift with a 12- to 14 degree difference in day and night time temperatures in the harvest season.  This helps to set the lovely aromas in the wine.

Vineyards can be 80 to 100 years old and there is biodiversity between the vines that they are working hard to keep.  Subtle variations in the vines allow depth to the wines.  15 years ago the Academy started mapping these differences and taking cuttings to start new mother vines, to preserve this genetic biodiversity.

The hills are steep (up to 70%!) and pulleys are used to haul the buckets of grapes out at harvest.  It takes 600 man hours of work per hectare to make this wine.

The region has 13 villages making Prosecco as well as the flagship area of Cartizze near the village of Valdobbiadene.

There are a few more levels, that we won’t explore today, but they are worth mentioning (and well worth getting back to discuss!)

The winery is the oldest in Valdobbiadene at the foot of the Prealps. They have gone through several generations; founded by Antonio, expanded by Nino and then Primo became the pioneer who took Prosecco to the world.

At the time that Primo was traveling the world, the wines of Valdobbiadene were changing, from that rustic wine to a clean, clear bubbly.  Primo could see that this was the type of wine that the world was looking for at this time. From his first trip to the US in 1979 the Prosecco revolution began. By the end of the 1980’s these wines were found world wide.

Now, his daughter Silvia has taken the reins of the family business, representing the 4th generation of the Franco family in this winery.

Nino Franco was one of the driving forces being the region being recognized as a UNESCO World Heritage site.

This wine is called “Rustico” as an ode to the old locale tradition, where secondary fermentation was done in the bottle and the sediment was left in the wine.  While they no longer produce in this way (I would not mind if they wanted to revive this!), they have kept the name.

The wine sits happily at 11% abv, so feel free to imbibe!  On the nose you get Tropical fruit, stone fruit and pear, with notes in the back of brioche.  In your mouth there is white flowers, pear and salt spray and something else, a little like fresca.

The wine is meant to be enjoyed young, within 18-24 months.  But it’s not the wine for your Mimosa or Bellini.  Go with a Prosecco DOC to mix and enjoy this good stuff on it’s own.

This dinner was another bit of inspiration from Sun Basket.  Let me tell you, they have really pulled me out of a flavor rut.  Today’s dish was “Pumpkin seed-crusted sole with warm carrot salad.

How have I never done a warm carrot salad before?  Michael loves carrots on his salad.  I find them kinda boring, except for their orange color.  But give me rainbow carrots sliced on a diagonal and sauteéd in olive oil and herbs…suddenly carrots in a salad are sexy.  I digress, back to the dish.

The sole was crusted with dry-roasted pumpkin seeds that we chopped up a bit.  It then got sprinkled with the “sazón” seasoning they provided which is a Latin American mix of cumin, turmeric & coriander.

The carrots as I mentioned were sauteéd and then tossed with grape tomatoes, lemon juice, oil, salt, pepper and cilantro.  I put these on a bed of spinach for a little extra green.

Suggested pairings were light and delicate foods.  Local pairings would include asparagus and raddichio, as the bitterness contrasts well with fruitier styles.  Young cheeses are suggested.  No bleu cheese!  Spinach and ricotta (I’m picturing a nice ravioli here) would go well.

Quite honestly I am down for bubbles with almost anything.  The sweetness level is where I adjust my pairing.  This wine was lovely with the sole.  It delicately cut through the warmed carrots with their olive oil and worked nicely with the spices.  All in all the bubbles made me sigh and smile.

We’ve only grazed the surface here.  There is so much more to know about this region, its landscape, soil and wines.  Here are some of our sources as well as  links, where you can find more information.

How are you coping these days? We are traveling the world, one bottle at a time. Join us here for more #pantrypairings where we #travelinabottle. 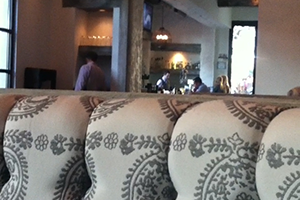 We are Top Chef watchers here.  Kinda fans of the[...] 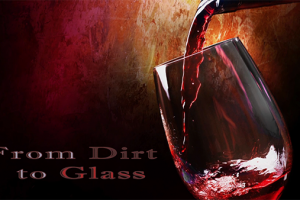 From dirt to glass, Conversations with...

During the Spring Vintners Weekend we were lucky enough to[...] 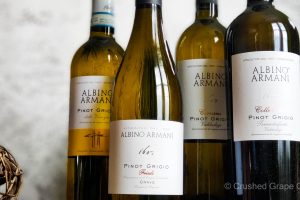 I have always been fascinated by Northern Italy.  The region[...]