Our Syrah Seminar Series continues with Scott Sampler of the Central Coast Group Project speaking on his “Names” 2012 White Hawk Syrah.  This is another Syrah from the Los Alamos Valley in Santa Barbara County.  This Valley lies at the mid point, North and South of the Santa Barbara Region. 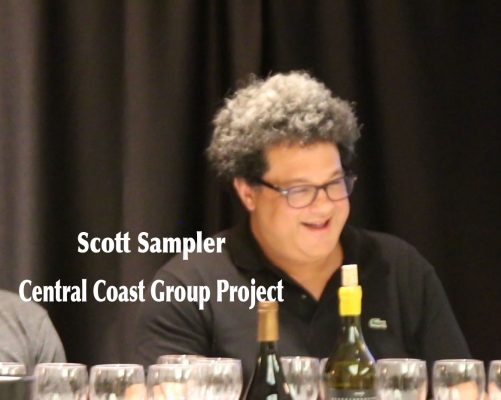 The first thing that strikes you about Scott Sampler is his humbleness. He is quiet and almost a little shy. Even the name of his winery “The Central Coast Group Project”, is not all about him, it’s meant to be inclusive of all the people that helped him along the way to bring this wine to fruition.  Of course once you get him speaking on wine…And today he was speaking on his White Hawk Syrah.

We met Scott at the beginning of the Spring Weekend at the Big Bottle Bash. We happened to be sitting with a friend of his, Eric, who helps him in the winery (again…another in the Group). Scott came by to pour some of his wine, and Eric had already prepared us for tasting something different. Scott is playing with maceration times. Typical extended maceration times are from 7 to 44 days, but Scott poured us a Grenache that had a 100-day maceration period and a GSM that had been 120 days in maceration.

We had an opportunity to have a more in-depth conversation with Scott at the Larner Fête, and there will be more on that to come!

Wendy Thies Sell shared one of my favorite quotes from Scott with us, and you will find it in the transcript below. Wendy said “The first time I met Scott…I was crazy enough to ask him ‘Are you like a mad scientist…?’ and without even blinking he said ‘No I prefer to think of myself as more of an alchemist.’”

Okay, so let’s delve into a little on this extended maceration thing.

First off, what is maceration? It’s the time during fermentation when the grape skins and colors are left in the juice. Dr. Vinny likens it to steeping tea. http://www.winespectator.com/drvinny/show/id/42983

You also sometimes hear about “cold soak” or “cold maceration”.  That is when you leave the grapes on the skins in a cold temperature, this keeps them from going into fermentation.  Cold soaks pull color and flavor typically without pulling so much in the way of tannins.

Extending the maceration during fermentation you get more color and flavor from the grape skin and seeds. This can also change the wines texture. You can add complexity, but you can also overdo tannins, which can make the wine astringent where it will overly dry your mouth out. I did read about Polymerization, where the mouth feel is rounded because the tannins form a chain. (This is way sciency and I will do more research and speak more with Scott, because this kind of thing fascinates me).

So Scott, in April, still had grapes macerating from the 2015 harvest. I look forward to tasting these!

At the seminar we tasted Scott’s 2012 “Names” White Hawk Syrah from White Hawk Vineyard in Los Alamos. This was his first vintage. He picked all of the grapes on the same day, but separated them into lots according to block and clone. This had a 43-day maceration time, and then aged 20 months in neutral French oak with 18 months on the gross lees and he produced 150 cases.

The Central Coast Group Project has a website at http://www.ccgpwines.com/

They are a working winery and do not have a tasting room, but…they can occasionally do a tasting by appointment. You can reach them at (805) 874-2316.


We broke the video of Scott’s portion of the Panel discussion into two parts and the Transcript holds extra information not included in the footage.

The Transcript (with extras)

The first time that I met winemaker Scott Sampler was February 8th, 2014. Michael Larner had invited me to come to the Buellton Bodegas, where he and several others make wine. And he said, “You should go meet Scott, you should go taste his wines.” And the door had a big sign, “DO NOT ENTER and or Knock”, and I was afraid of what we were going to find in there. But it was February, and Scott still had Syrah cold soaking in bins in his winery that had not been pressed yet. His 2013 harvest, still wasn’t over in February. He pulled back the plastic covers and I was intoxicated by the aromas. And then we tasted from the barrels and I realized that he was on to something. That wine in the barrel is what we are tasting today. He believes that he is probably the only winemaker, anywhere doing this. 2012 was Scott’s first vintage with this wine label and this is his first time on a wine panel. So thank you so much Scott for debuting your wines with us.

Scott, tell us about this unique, labor-intensive way of making wine.

Scott Sampler: Well I wouldn’t say I’m the only person doing long maceration, skin post fermentation macerations, but now I’m doing 6 month, 7 month macerations and those are a little bit unusual, a lot unusual for red Rhone varietals or just about any varietals. It’s pretty unique in California. There are some crazy Italian wine makers that I’ve liked over the years and that’s kind of where I started, where I got the idea to experiment with this. I kind of like to say that my grandmother taught me how to make wine, ‘cause it’s like cooking sauce. It’s like something that you can understand after fermentation, you stir and taste and as the flavors develop over time then you develop structure and depth and balance and then you press.

Two weeks before the harvest in 2012, I didn’t have a project. The first project that I was in just fell apart and I didn’t have any grape sources and I didn’t have anyplace to make the wines. And so, I started telling people. People like Michael Larner, who I was getting fruit from previously, actually stepped in and figured out a way for me to get fruit. At White Hawk, fortunately it was a bumper crop in 2012. Some of the vineyard managers were able to sculpt areas out of sold out vineyards, where I could get my fruit. White Hawk was definitely one of my favorite vineyards. I’m kind of a younger, …well not in age, but in experience, wine maker and I’d been going to Silver Lake Wines when it opened, and there’s this cool guy, George, he used to be the sommelier at Campanile, the classic restaurant in LA, and he had this dead vintage White Hawk Wines, I mean, it was a dead label. They had made an estate wine and stopped making it. So he had these old vintages, 2002, 2001, and I was tasting these in 2010. I thought the fruit was amazing. It kind of had the structure and the spice and some of the more savory qualities that I like from the Northern Rhone, but it also had the California sunshine beaming through it. So when I came up here, I sought out this fruit. It’s really hard to find, because at that time I guess Mesa Vineyard Care didn’t even have a website. I finally found it and was just lucky that someone was just coming off the vineyard when I made the phone call and got on. The reason why I called it the Group Project was because of the generosity of all these people. I was in a different industry before this and what really struck me, was just how generous the wine culture is in this area, how generous winemakers are with each other in terms of the knowledge of making wine. I just feel greatly honored to be up here with my comrades.

WTS: Scott makes many, many different Syrahs and you’re really focused on Syrah, while you do make other varieties. Tell us about the other wines that you make. There are quite a few.

Scott Sampler: I do mostly red Rhones, so Grenache, Mourvedre, Syrah, some skin fermented Viognier and a have Merlot, Cabernet, Sangiovese, but this is all coming out later. The 2012 vintage, because I was just scrambling for fruit 2 weeks before harvest, is just all Syrah, Grenache & Mourvedre. I essentially made 4 Syrahs from White Hawk. I picked all the fruit on the same day, and then vinified it separately. So different clonal selections, different blocks, all vinified separately, all native ambient yeast, meaning that I don’t inoculate, but you know there’s a lot of yeast floating around in the air. I used to joke that I used the PSA 246 (laughter from the room), Pea Soup Andersens 246 yeast strain, because where I was making the wine that year was very close to Pea Soup Andersens. It was really hot, that fermentation was really hot, and the 2012 ferments were really hot they got into the 90’s. Now I’m making wine at the Buellton Bodegas. I was making wine with Michael Larner at his first spot and then moved with him to the Buellton Bodegas so now my fermentations are a little cooler. This had a 3-day cold soak, it was 43 days on the skin pomace stirring every day and then pressing. Neutral oak 20 months, racked once at 18 and then bottled at 20. Sulfured twice, I don’t use any sulfur through these long extended macerations, I try to keep things alive for as long as possible.

WTS: He hasn’t pressed the fruit that was picked yet in 2015.

Scott Sampler: No I’m still totally all in the 2015 harvest, just pushing (Chris Hammell “summer is coming”). I know. At first you start out with a lot of fear that your wine might turn, there’s a lot of risk of oxidation and other bacterial and microbial things that can happen. As I’ve been doing it, I’ve just been able to do it longer and longer and the wine goes through different cycles and so I’m trying to see how far I can go. I like where it’s going, it goes kind of deeper and deeper into the grape. We’ll see, maybe, I don’t know. I’m pushing it to the edge this year. We’ll see what happens.

WTS: The first time I met Scott I said, I was crazy enough to ask him “Are you like a mad scientist in here?” and without even blinking he said “No I prefer to think of myself as more of an alchemist.” So Scott does not have a tasting room but you’ll take people by appointment.

Scott Sampler: I’m happy to show people around if they give me a call and I’m around, I’m happy to introduce people to the winery. 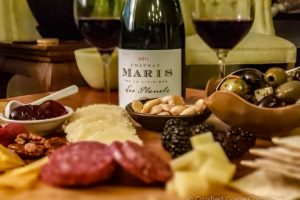 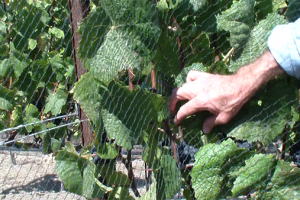 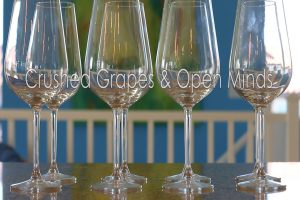 RuBen Permel of Act2Art is an accomplished artist.  He’s actually[...]

Day 1 of the actual Wine Media Conference! We bega

How do I express the exquisite beauty of this day

Last night Valcalepio DOC welcomed us at the Villa

This region, the people, the wine! I cannot wait

This morning we had the opportunity to speak with

Milan for Fashion Week! Okay, it wasn't on purpos