Show Me the Wine!

Show Me the Wine!

Missouri, the Show Me State, not the first place that comes to mind when you think wine country right?  Surprisingly, Missouri has a rather long history of wine making and currently supports over 100 vineyards and wineries.

My recent journey to Virginia for some wine tasting and having picked up the book “The Wild Vine” has given me a little insight into the history of Missouri wines.  Here they grow Norton, but they often call it but the name “Cynthiana”, giving a little distance to the grape that has been belittled.

In the early 1800’s German settlers came to Missouri and settled in Hermann to create a German speaking community.  The land was rugged and covered in tangles of grapevines so they began planting grapes and making wine.  In the 1870’s phylloxera hit France.  George Husmann had begun his studies in crossing wild and cultivated grapes to create hybrids and sent 17 carloads of phylloxera resistant root stock to France.  A statue depicting a young woman cradling an old woman in her arms still stands in commemoration in Montpellier France.  A symbol of the New World saving the Old World.

In 1873 Stone Hill Winery won a gold medal in Vienna at the World’s Fair.  All was going well and Stone Hill was the 2nd largest winery in the country at the turn of the century.  Then came prohibition. Vineyards were uprooted  and barrels emptied.  In addition anti-German sentiment from World War 1 put Hermann into the Great Depression years before the rest of the country.

Having missed tasting Norton while in Virginia, I am looking forward to tasting it in Missouri.  Family takes us to this area and we will fit in a couple of tastings also!  If all goes well we hope to visit Pirtle Winery north of Kansas city in Weston MO as well as Belvoir Winery in Liberty MO.  Wines here seem to be affordable with most wines I saw under $20 per bottle and these vineyards often do other fruit wines also.  It is a whole new world for wine exploration in our country.  Visit Missouri Wines for more information and watch for future posts and pictures! 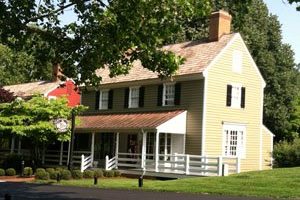 Wine in the Commonwealth

Virginia is Wine Country! This historic part of our country[...] 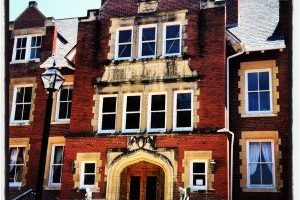 So we headed to the midwest to visit family and[...] 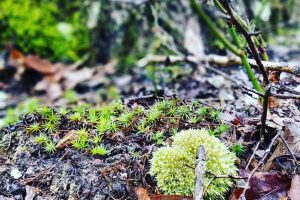 Moss and wet leaves on the forest floor in West Virginia Closeup on small bits of beauty.

2017 The year in retrospect