The second episode of the Syrah Seminar from Santa Barbara features Michael Larner of Larner Vineyards and Winery. Michael has always been very gracious with his time when we are in Santa Barbara and you can see several video interviews we did with him in the vineyard and his office on subject such as the Language of the Vines , Heat spikes during harvest , his Malvasia Bianca , the Ballard Canyon AVA , the history of his vineyard and of course Syrah

Michael’s background is in geology so it will be no surprise that the discussion with him during the seminar focused on soil. His labels illustrate his love for the soil with his mono varietal wines featuring a soil column indicating the type of soil that these vines grow in within the vineyard and his blends featuring a fee scale, which is used to separate soil particles. In this conversation he also dives in a little on climate and how it makes Ballard Canyon “Syrah Territory” 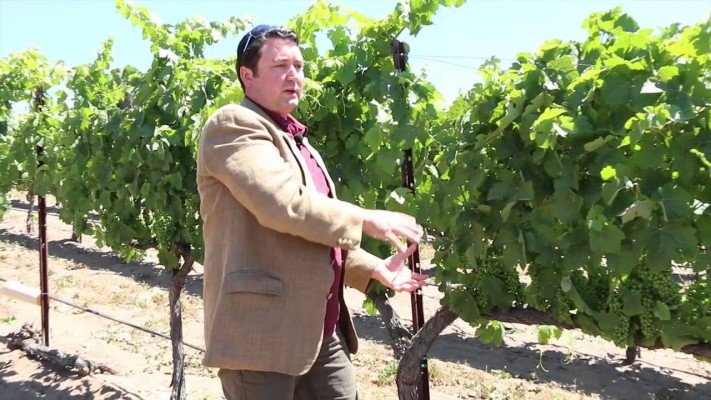 Here is the video with the transcript below. You can look forward to more of Michael speaking on his labels and soil, as well as our latest interview with him following “The Fête” at Larner during this last Vintners Spring Weekend.

Be sure to watch the video or read the transcript below and try to get to the next seminar! They will have one during the Celebration of Harvest Festival, which happens October 7-10. Here’s a link to more information. http://www.celebrationofharvest.com/

Wendy Thies Sell (WTS): Our next wine is also from Ballard Canyon. Michael Larner’s parents Stephen and Christine Larner founded the estate back in 1997. Most of their 35 acre vineyard is planted to Syrah. Michael and his sister Monica manage the property. Michael, a geologist, earned his masters degree in viticulture and enology from UC Davis. Michael tell us about the 2011 Larner Vineyards estate Syrah the #2 wine.

Michael Larner: Thank you, thank you for the introduction and thank you all for coming. It’s an honor to be up here for me because, in 1999 when our vineyard was planted we were Larner Vineyard, which basically meant, we sold fruit. And up until 2009 we sold 100% of our fruit, to folks like Scott, Mark, Larry, Chad…I think you two (Chris and Peter) are the only one’s who haven’t bought fruit from me.

Chris Hammel: I steal your clients to use on my slide presentation. (laughter)

Michael Larner: So it’s an honor because for us the brand really originated from winemakers who were talented and seeking out varieties like Syrah, Grenache, Mourvedre that we have on the estate. And Wendy’s right, of our 34 acres 23 are planted to Syrah. So we knew, and heavily invested in Syrah for our Estate. Were 2 miles south of Stolpman and the climate is not that much different, but what does change is some of the geology. Pete has a little bit more limestone substrate, I have more chalk. So it’s the same sort of material, but just in a different physical state. Chalk is fractured and allows root penetration, allows sort of water get a little sort of perched situations. So it kind of creates a similar element which all of us have the same base material, but the nature that it’s in changes the dynamic, because what’s interesting for me is I have very sandy soils on top of that chalk and that forces the vines to be stressed out almost year round. So we essentially have to be very proactive in our farming. Luckily being a vineyard first we spent a lot of time dialing in the vineyard, making sure that the fruit was optimal, doing per acre agreements, getting clients up to speed to the best fruit possible. Then it was a natural step for us to branch out. So the first year I made wine was 2009. I had the good fortune to work for Guigal in France and Tenuta in Italy and something that was locked into my mind is allow the wines to evolve on their own, age them longer, release them later, so they are enjoyable to drink right off the bat. So actually my current release, which you are trying today, is 2011, and that’s by design, because I want that wine to be well integrated and velvety and soft. I also chose 2011 because when you get to California and the wine critics, basically everybody panned 2011. If you get rain north of Paso Robles everybody thinks California got hosed with water. But we didn’t get anything. Yes, it might have been a slightly cooler vintage, but that doesn’t mean anything when it comes to Syrah, it just changes the expression of the varietal and the wine. So I wanted to kind of showcase a vintage that I thought may not have been well received by the critics, to me it was well received because it shows a really nice elegance and balance.

WTS: It does. Michael, why do you think Ballard Canyon is so perfectly suited for Syrah?

Michael Larner: I jokingly call it the Goldilocks syndrome. Which, it’s not too cool and not too hot. When you try some of the wines from Sta. Rita you’ll find there are certain Syrah characteristics that are accentuated and almost define the wine. You usually see more pepper, pepper spices that kind of thing and then if you try a wine that’s more in Happy Canyon; Syrah grows in every AVA; you will find more fruit forward. But when you are in Ballard, you have all that. You have pepper, you have fruit, you have balance, you have good acidity. So to me it’s almost like the perfect place to grow Syrah. And one of the things that makes us, Pete and I, aware of that is that we don’t have to work really hard to make a good Syrah, it sort of does it for us and then we’re sort of there corralling it into making the styles that we want to identify with our brand. If we were in other regions we might have to do something to help get it right, if it’s too cool or pick early so we get away from the overly fruity tones or alcohol, but in Ballard Canyon it’s very much, we call it “Syrah Territory” it’s very comfortable in that domain. 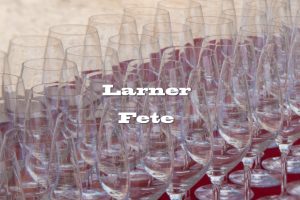 Larner Fête 2016 A celebration with 7 Winemakers each making[...] 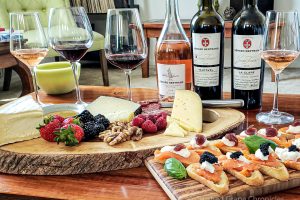 A tasting and pairing of Gérard Bertrand wines including a Crémant from Limoux, and red blends from Tautavel & La Clape in France's Languedoc-Roussillon region. 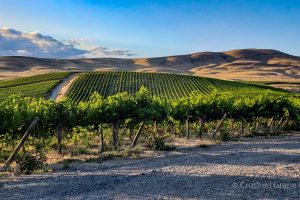 View to the West from Red Willow's Chapel Block

The drive to Red Willow Vineyard, in Washington’s Yakima Valley,[...]

October is #MerlotMe month! We are celebrating wi

#sample This beautiful sample we received from Qui

This weekend we travel virtually to Navarra Spain