I had a brief remote trip to McLaren Vale wine country the other day via my wine drinker in the field Dean! I was sitting at work when fantastic photos started popping up in messenger.

Dean is in Australia touring with Cirque du Soleil and had a little time off. He is not a “wine drinker” per se, but some of his friends tossed him in the back of the car and set out to explore some wine country. Mostly I got photos and a couple of videos and later saw a Facebook post by the friends he was travelling with of him asleep in the back seat. I imagine it was quite a day! So here I am going to research some of these wineries and fill in the gaps on his visit!

So to begin, McLaren Vale is South Australia. About 45 minutes south of Adelaide. This area has a Mediterranean climate and is best known for Shiraz (Australian for Syrah). Grapes were planted here as early as 1838.

Because this is Australia, Harvest is January or early February here running into the end of April.

They have a wide variety of soils, in fact one of the most diverse in the world and there is a fascinating map on the soils of the region if you are into that kind of geekiness like me. Really the McLaren Vale site is brilliantly informative!

They started the day with d’Arenberg Winery.

Established in 1912 when Joseph Osborn and director of Thomas Hardy and Sons, sold his stable of prize winning horses to purchase this property. Funny thing is, Joseph was a teetotaler! (Okay, if you are not familiar with Australian wines, this probably doesn’t mean squat to you. Here’s the deal: Thomas Hardy is known as the Father a South Australian Wine. He planted ¾ of an acre of Shiraz back in 1854. Thomas Hardy and Sons was the largest wine producer in Australia in the last 1890’s)

His Son Frank joined them and they acquired more vineyards and when Joseph died in 1921 and Frank took over the business.

In 1927 they built a winery to make their own wine, shortly after Francis Osborn (known as d’Arry) was born.

In 1943 d’Arry left school at 16 and worked full time in the winery since his father Frank was ill. He took control of the winery in 1957 when Frank died and launched his own label d’Arenberg in honor of his mother Helena d’Arenberg who died giving birth to him. d’Arry’s son Chester joined the biz in 84 and is the Chief Winemaker.

They crush grapes in small batches, and foot stomp two thirds of the way through fermentation. They use basket presses for both red and white wines.

On their website they have a charming video about the multitude of experiences you can choose from at the winery, include a full day with a scenic flight in a bi-plane over the region and beaches, followed by an interactive wine blending experience and finished with a leisurely degustation at their Veranda restaurant paired with their wines. (Dean didn’t do this one….) 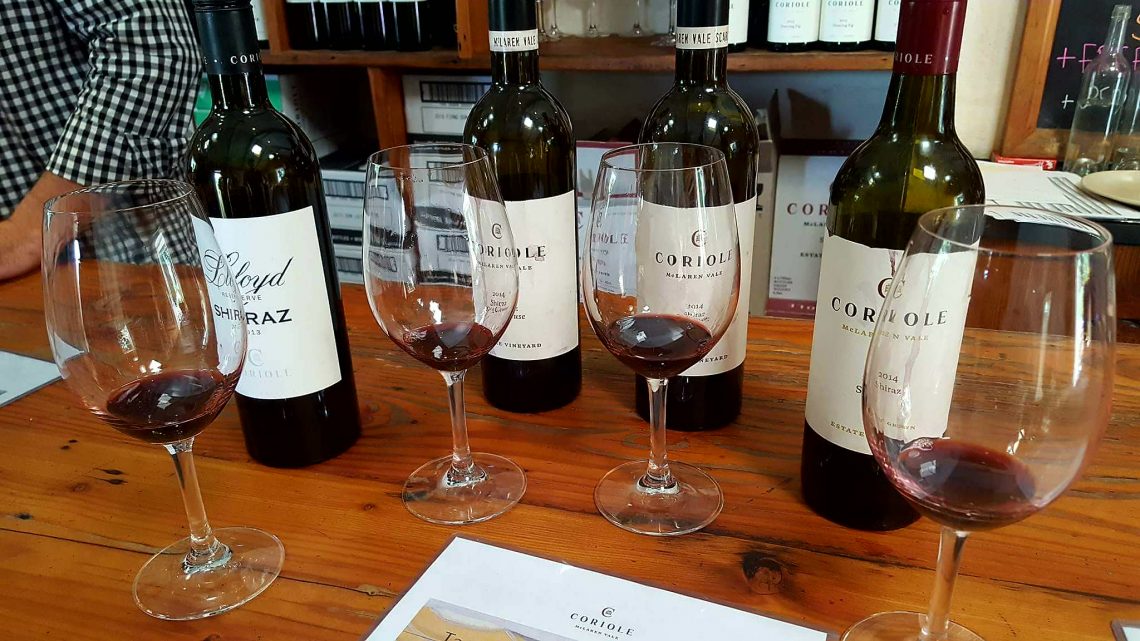 A selection of Shiraz at Coriole Winery

Coriole has shorter history, founded in 1967.  The cellar door (it’s what Aussies call a tasting room) is in the original farmhouses that were built back in 1860.  the original vineyards here date back to just after the first World War.

This is a much smaller spot than d’Arenberg, but they make Olive oil, Vinegars, Vico (their version of vin cotto or “cooked wine in Italy that is used as a condiment), and Verjuice (Verjus or Green juice, made from underipe grapes and used in place of acids or vinegars).

They primarily make Shiraz (65%) as you can see by the tasting.

From there they were onto Samuel’s Gorge

Okay, even newer still is Samuel’s Gorge established in 2003 by Justin McNamee.  Here the cellar door is in a farm shed that was built in 1853 (lots of historic buildings around here!).  The clincher is that the shed is overlooking the Onkaparinga River National Park.

Justin is farming Biodynamically, and feels great importance with staying connected spiritually with nature as you farm, following the phases of the moon.  He believes in staying traditional and tuning into what’s around you staying connected to the land.

The historic farm shed is beautiful as you can see with an old press in the middle with glasses for the tastings. 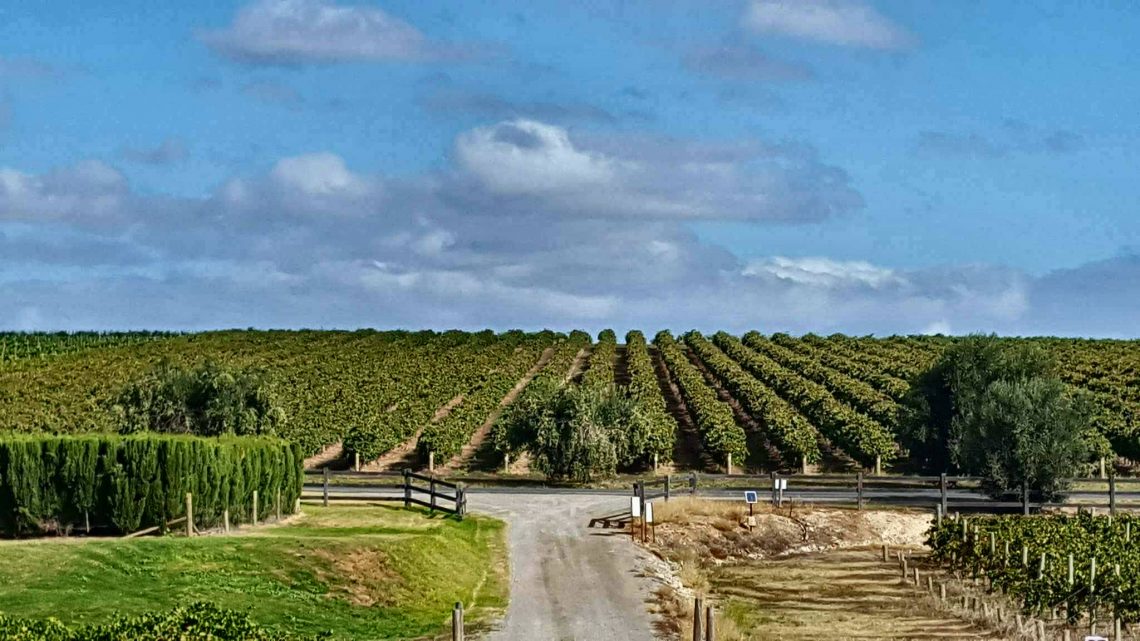 The final stop of the day was at Maxwell Wines where Mark Maxwell, the owner and manager, gave them a personal tour! 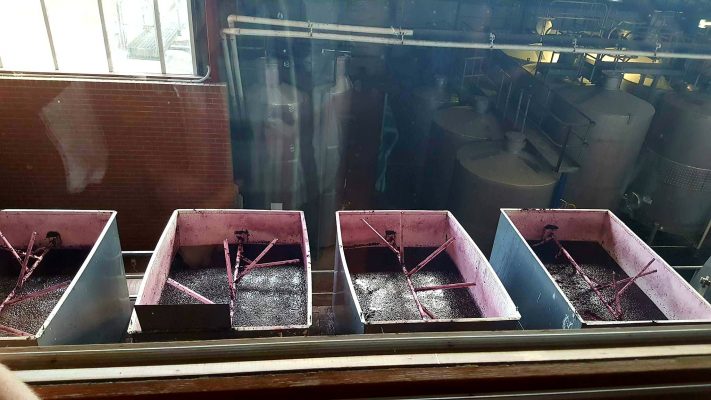 Red wine out of tanks at Maxwell Winery

This vineyard was founded in 1979, but the family is also well known for their Maxwell Meads. (Dean gushed about these).

Also, the Ellen Street Restaurant is onsite, with Chef Fabian Lehmann pairs “unpretentious, tasty food” with the wines of the region.

As harvest is just over, there were punch downs to do and they got a taste of how hard that is!

They also got a tour of the Lime Cave. The Lime Cave was dug out in 1916 and is a 40 meter cellar where they age wine and grow mushrooms.  Dean tells me they also rent the space out for private events.  Imagine a dinner party down here!

And stop back to visit us here at Crushed Grape Chronicles for more Chronicles of the Grape. You can also find us on Facebook, Twitter and Instagram