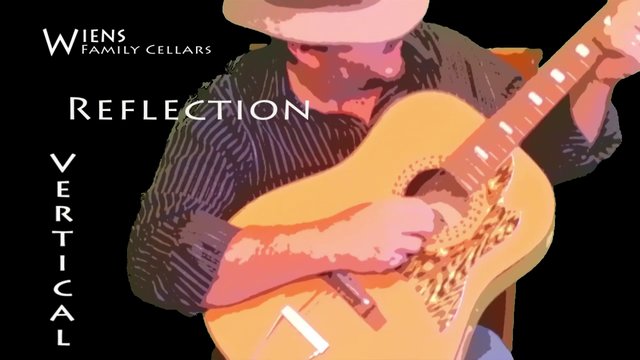 Wiens Family Cellars was having a Vertical tasting of their Reflections red blends and we couldn’t go…so we put together a vertical of our own.  We had the 2008, 2010 and the 2011.  These are of course blends, so they are all a little different, so this a little different from a typical vertical.  Typically you would have a single variety of grape or a fairly set blend that you would be comparing from year to year.  You would get the differences in the climate and season that affect each year’s harvest.  You would also be able to see how the wine ages.  We were able to do those things, but the field for comparison was a bit more wide open.  Let me take a minute to give you the breakdown on these three vintages.

So as you can see this blend is Sangiovese based, but that’s about where the similarities end.  This makes for a brilliantly exciting tasting!  At the winery they are doing “Reflections of the Decades” and they are tasting 6 of these wines, 2006-2011. We somehow can’t find the 2009 so I must have already enjoyed it!  At the winery they are doing a decade theme starting with the 60’s for the 2006.  I perused their pairings and then went back to the suggestions with the wines. We picked up some Spanish meats and cheeses (yes I know, I could have picked up Italian!).  We did a tasting upon opening and then let them breathe for a bit and tasted each with the meats and cheeses.  For the pairings we went a little out of order and cooked them for each course.  I know it sounds tough, but…we have Trader Joes.  So here’s the run down for the pairings:

Then we had chocolate cake for dessert and tasted it with all 3.

We found that the wines opened up quite a bit over the course of the evening.  I had e-mailed the winery to ask decanting recommendations.  Bob was kind enough to get back to me and suggested decanting the 2010 and 2011 straight down into a decanter on the counter top to add as much oxygen as possible.  For the 2008 he suggested carefully pouring it down the side of a tilted decanter to give it some space to gently open up.   Thanks Bob!  Unfortunately, I do not yet own a nice decanter.  So…we took the advice the best that we could.  We opened up the 2008 and gently poured into glasses and let it air.  The other two we got the aerator out and poured them through to add oxygen.  On to the tasting!