The view as you enter the property at Caprio Cellars

You have to go out of your way to get to Walla Walla, it’s not on a convenient path.  You can fly into the Tri-Cities Airport that sits between Yakima and Walla Walla and make the little under 1 hr drive. There is also a small airport in Walla Walla with flights via Alaska Air from Seattle.

Of course, if you are coming from Portland, I suggest you drive, as we did, and explore the Columbia Gorge.  The entire drive from Portland to Walla Walla is about 4 and a half hours (251 miles).  We like to start early and get to the Gorge before the crowds.  Of course with so much to see at the Gorge, we typically pinpoint one or two stops each trip, before heading on.

On this trip, we stopped at Wahkeena Falls. This is the Yakama name that translates to “most beautiful”.  The site is stunning and we hiked up the trail for a closer view of the falls. Yes, I said falls with an s.  This is not one long waterfall, but a series of falls that drop this creek for about a mile.  It is a quarter-mile hike up to the falls, with a trail that goes another 6 miles if you have the time to spend.

There are picnic grounds at the base on the other side of the Historic Columbia River Highway with public restrooms.

It was lovely to take this in during the early morning when the world was fresh and green and just waking up.

We drove on to grab breakfast in Hood River, which by the time we arrived was bustling. Then we continued on this trip on the Oregon side of the gorge, passing through the Dalles and Pendleton and heading North on 11 to come into Walla Walla from the south through the Milton Freewater area.

Our destination in Walla Walla was Caprio Cellars.  We had tasted their wine over the past year and wrote a bit about them in our piece Eleanor – an homage to family with Caprio Cellars.

We pulled up to the tasting room, set on a hill just North of the border on the Washington side and South of the city of Walla Walla.  You can take in views of the Blue Mountains from here.

Emily, the Caprio Cellars Customer Experience Director met us at the door with glasses of sparkling wine.  What a perfect way to greet people. While they don’t make sparkling wine here (not quite the right grapes for that!) they have this sparkling wine specially made for them in the Willamette Valley, just for greeting guests.

Typically at this point, Emily would allow the guests to wander the grounds and find a comfortable spot. There are tables and lounge areas inside and out, each allowing visitors a space of their own to be comfortable, with firepits and views and seating for different sizes of groups.

For us, she had set us up with a table on the side that would be quiet as we would be filming our interview with Dennis Murphy the owner of Caprio.  We settled in and took in the view while she set up our first tasting.

Tastings and pairings at Caprio Cellars

and a shallot confit

We began with the 2020 Estate Rosé paired with a Burrata Stone Fruit salad with fennel, frisee, and a shallot confit.  The Estate Rose is 100% Cabernet Franc from their Sanitella Vineyard.

This wine sells out quickly and we were lucky that they had set a bottle aside to share with us.  (Lesson…if you want to try this Rosé watch for the release date and buy it up quick!)

We moved on to the 2018 Eleanor Red Blend paired with a Bruschetta of Tomatoes, Castelvetrano olives, Walla Walla Sweet onions, and capers.  Their try to support local farmers and these tomatoes were A.R. Teal’s tomatoes. The 2018 Eleanor is 59% Cabernet Sauvignon, 19% Merlot, 15% Malbec, and 7% Cabernet Franc aged 8 months in 33% New French Oak.  73% of the fruit comes from their Octave Vineyard, the other 27% from the Eleanor Vineyard.

on a lemon yogurt with

Our last pairing was with their 2016 Eleanor with Keftedes, Greek pork, and lamb meatballs on a lemon yogurt with pickled Walla Walla Sweet Onions and feta.  The 2016 Eleanor is 52% Cabernet Sauvignon, 36% Merlot, 7% Malbec, and 5% Cabernet Franc, aged 8 months in 30% New French Oak. The fruit here is 30% Octave and 70% Eleanor.

What makes a Caprio Cellars tasting so special

Guests are allowed to take their time.  Hospitality is what this is all about.  The staff takes care to quietly watch the guests and arrive just when they are ready for the next pairing.

You are probably wondering about the cost.  All this service probably makes for a pricey tasting right!  Well, there you will be happily surprised that you are wrong.  There is no charge. You come for a tasting and you are treated like honored guests. Dennis’ grandmother would have been appalled if you invited guests in and didn’t offer them something to eat, and this legacy of warmth and hospitality is just part of his nature and of his winery.

I mentioned the seating before. Dennis didn’t want the Caprio tasting room to be a “belly up to the bar” place.  He wanted people to come and enjoy the space (which is stunning) and the views (which likewise are stunning) and feel at home.  Crowds just didn’t play into that vision. So the space was designed to hold just a fraction of the capacity for the building, giving guests the room to feel like the space was theirs.

So…over the past year, when Occupancies were restricted, it didn’t affect them. They had already set their space at 20% capacity.

Let’s take a moment and speak about the quality of food.  You can see by the photos how beautiful the food is.  Executive Chef Ian Williams has a mobile kitchen outside the tasting room, a trailer set with state-of-the-art equipment to freshly produce these beautiful dishes.

Chef Ian is a Walla Walla local and sources delicious local and sustainable ingredients for these dishes.  As such, the dishes change daily.  You can find the daily pairings listed on the kitchen page of their website https://www.capriocellars.com/pages/kitchen

Our interview with Owner Dennis Murphy of Caprio Cellars

While feeling exceptionally spoiled by the way all guests are treated, we did have a special bonus.  Owner Dennis Murphy found time to join us for an interview.

We spoke with him about his wine journey. He didn’t start as a Washington Wine lover, he was pretty, as he says “Napa-centric”.  He tasted a Washington Wine in Seattle, trying a L’Ecole Merlot that was on the wine list and it blew his mind.

He moved to Walla Walla from Spokane in 1999 to start making wine and open a winery.  He bought the property where the tasting room is located, in 2003, planted the Eleanor Vineyard in 2005, and had their first vintage in 2008.

To learn winemaking, he tagged along with other winemakers, winemakers like Norm McKibben, who was happy to have him see harvest and how things were done.  He later got his degree from UC Davis.

He has a construction company, so his day job is demanding, but his great staff handles the day-to-day.  Harvest and blending, that’s another story, he is very involved in that.

Caprio wines are made at Artifex Custom Crush in Walla Walla, but he has his barrel storage on site.  The custom crush allows the comradery of about 10 different winemakers all working together.  It also doesn’t hurt to have great equipment and a lab to share, things that a small winery would have to invest quite a bit of money into.

Over the pandemic, his goal with both of his companies was to not lay anyone off and he kept the whole team.  Chef Ian and Emily put together Friday to-go meals, which sold out every night.  Wine club members just want to see a human!  As they picked up their meals they always ordered a couple of extra bottles.  It was safe and they kept the brand relevant!

They also created 200 bag lunches for the local Blue mountain council, for the food bank.

Charge your Electric or Hybrid Car while you taste!

Now they are back to running the tasting room, as they always have, where guests can spread out and have their own space, and the service and food are always is impeccable.  A bonus is that while you relax, have a bite, and taste wine, you can charge your electric vehicle at one of their 2 charging stations.

If you are lucky enough to be a wine club member, they also have an RV hookup on the top end of the property, where you can camp and take in the extraordinary views of the Walla Walla Valley.

Walla Walla is a brilliant destination for a wine lover, there are so many wineries to explore and the scenery is as vast and breathtaking as the wines.  Caprio Cellars takes wine tasting and elevates it.

A tasting here is the tasting that you envision when you think of a high-end relaxing trip to wine country.  With a staff that is concerned with your comfort, beautiful views, and delicious wines that you can relax and enjoy with exceptional food.  Truly, this is a place you don’t want to miss visiting.

To book a tasting visit https://www.capriocellars.com/pages/book-a-tasting

*Our tasting and pairing were free, as they are for everyone, but as members of the media our stay in Walla Walla was hosted by the winery and we did leave with a complimentary bottle to be able to photograph at sunset for this piece.  No other compensation was received.

More on the Scenic Route 2021 from Crushed Grape Chronicles 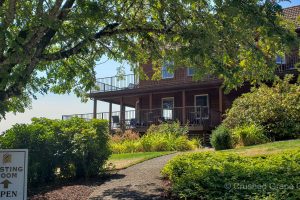 Late last summer, when Oregon was in its heatwave, we[...] 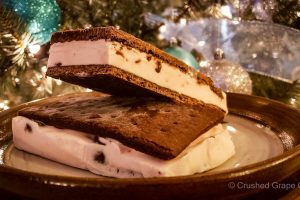 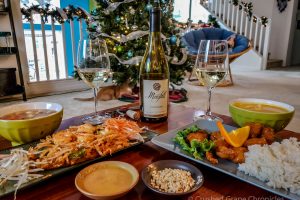 On the Second Day a Viognier