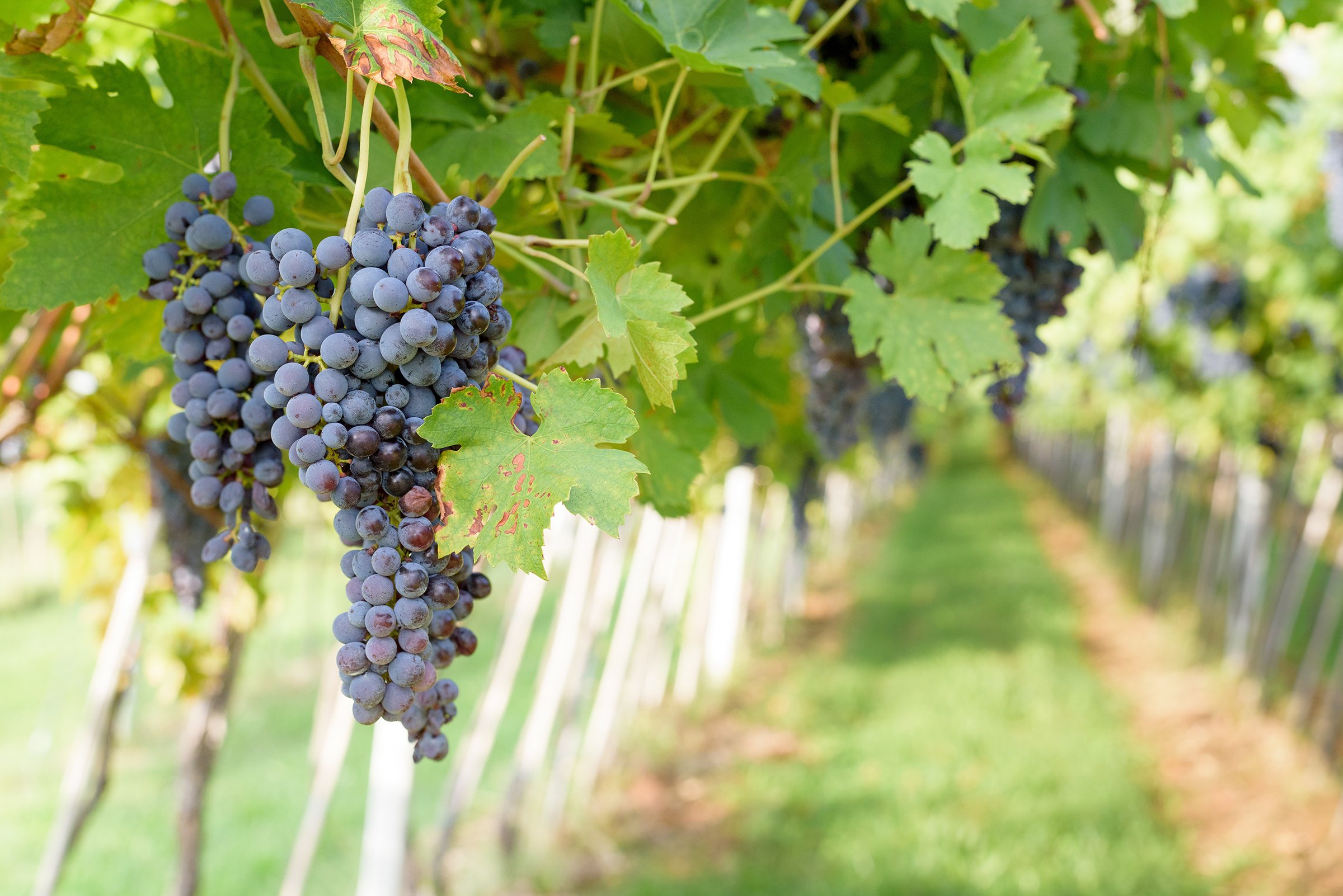 27 May Valpolicella: More than Amarone

Valpolicella is primarily known for Amarone, but the grapes grown here are made into other wines. You will find red wines and Ripasso that are affordable and delightful.

This region sits North of Fair Verona and east of the beautiful Lake Garda in the region of Veneto.  It is made up of 13 Valleys that channel the winds in from the Alps.  Many know it as “Valley of the many cellars” or “Valley of many fruits”. In truth it is the Valley of alluvial deposits.

The area has a mix of soils. On the hillsides you find limestone, in the flats alluvial soils. Then there are some regions, like Marano, with volcanic soils that give the wines a smokier or meatier note.

From West to east, the first region is the Classica region with sub regions of Sant’Ambrogio, San Pietro in Cariano, Fumane, Marano and Negrar.

As you move east the valleys are winder and further from Lake Garda and get more hours of sunshine as they get near Soave.

The grapes of Valpolicella

The primary grapes are Corvina, Corvinone, Rondinella and Molinara. Molinara has all but dropped off but was known to add salinity and increase acidity.   Only recently Corvinone was only found to be a different grape than Corvina.  Before, as the name says, it was thought to be “big Corvina”.  It does add more tannins to the wine.  Rondinella adds color.

There are rules to the blend.  If it is called Valpolicella it must have 45-95% Corvina or Corvinone.  5 to 30% MUST be Rondinella.  Molinara had previously been required but is no longer. You may, however, insert it into the blend if you choose.  With all of this, 60% of the production in the region is Corvina.

The Wine Styles of Valpolicella

The region is best known for Amarone, made through the appassimento process. This is a process where grapes are dried for several months and then fermented.

How and why did this method begin?  Originally in this high latitude, the grapes did not ripen well. They would gather the grapes before the weather changed. The grapes would then dry inside, giving the vineyards a bit more control.

After 100 days of drying, they press the grapes. The wine is then made from this free run juice, and ends up about 15-16% abv.

Amarone is expensive, as I said. The reason?  With drying the grapes, it takes grapes from 3 vines to make 1 bottle of Amarone.

The 5 levels of Valpolicella

I mentioned that there were other wines other than Amarone made in Valpolicella. Here is the full list of DOCs in the region.

This wine comes from the Pasqua Family.  It is a Valpolicella Superiore DOC wine, so a blend of Corvina, Corvinone and Rondinella made as a red wine.  The wine was bright and tart, with notes of sour cherry.  It has a long finish, but is relatively light with good acid, so it makes for a good wine to pair with food.  Suggestions were, salad, seafood, gnocchi, pizza…. So, you can see that it is good with lighter food.  We paired it with a flatbread pizza with arugula and prosciutto, sweet potato gnocchi, and a green salad and it went very well!  At $13.99 this was a fairly good deal.

This is a Ripasso wine.  It is made from Corvina Veronese, Rondinella and Molinara grapes that do a second fermentation with the Amarone marc (or grape skins) left after making Amarone.  It gives you some of the Amarone notes, without the price!

The grapes for this wine were grown in the Negrar Vineyard, which is one of the seven villages in Valpolicella, located in the eastern part toward the Lessinia mountains.   The importer, Vias Wine, provides us with some information on this region:

“The name “Negrar” seems to come from the Latin ‘Nigrariu,” which means ‘the land with the black earth.” This is rightly named because the soil of this area is richly colored red-brown with cretaceous marble, basalt, and Eocone limestone.”

This wine is a proprietary label created by Vias.  The winemaker is Enrico Paternoster.

This 6 hectare vineyard has soils of marl and limestone with a southern exposure and sits at 300 meters above sea level.  They train the vines via the Veronese pergola method, which has been noted to be better for growing grapes for Amarone.

Fermented in Stainless steel for 20 days, it did its second fermentation with the Amarone marc, which is what makes it a Ripasso.  It is aged for 1 year in New French Barriques.

This wine had just the right bit of sweet on the nose with 6 g/L of rs (residual sugar).  It was still dry enough to be delicious with the food.  This is a lovely comforting wine that I will happily return to.  It was also reasonable $23.99 retail.

My pairing decision for this came from a Roasted Cauliflower recipe from Wine Enthusiast.

While we were not roasting an entire head of cauliflower the roasted flavors would be similar.  They suggested pairing this with a Vapolicella Ripasso Superiore.

‘Fernando Trivisonno, general manager/sommelier at Mora Italiano, suggests pairing this tender-roasted vegetable based on its consistency.

“The cauliflower is soft in texture, and so is this wine,” he says. “It has very soft tannins and is full-bodied, but doesn’t feel heavy, making it ideal for late summer.”

We did another Sun Basket pairing. Sicilian Rigatoni with orange segments and roasted cauliflower.

We roasted the cauliflower and onion with olive oil, and added it to the cooked rigatoni. We then added orange segments (we supremed our orange), walnuts, parsley, thyme, currants (I love getting to use currants!) and piment d’Espelette (a French red pepper powder).  After stirring it up to warm all the ingredients, we added ricotta and seasoned with salt and pepper.

The sweetness of the roasted vegetables paired well with this wine. The acid and brightness made the meal go quickly and created a bright but cozy meal.

Just felt the need to share a little green in the

Much better! It wasn't just me. My recipe needed