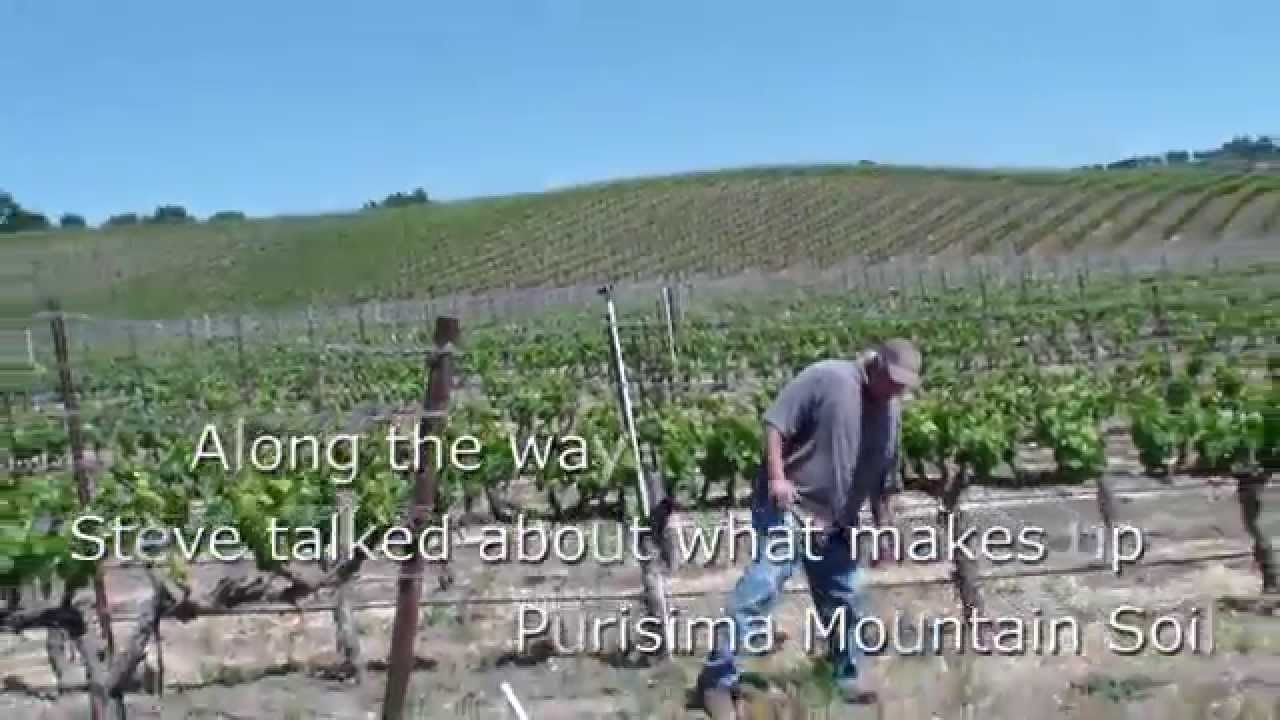 During the Spring Vintners Weekend we were lucky enough to do a Vineyard hike with Steve Beckmen at the Purisima Mountain Vineyard.

Located in the new Ballard Canyon AVA this property sits at the north end of the Canyon. This estate vineyard is planted primarily with Syrah & Grenache with smaller blocks of Roussanne, Marsanne, Counoise, Mourvedre, Grenach Blanc, Sauvignon Blanc and Cabernet Sauvignon. This vineyard became 100% biodynamic in 2006.

The elevations at Beckmen Vineyard Purisima Mountain reach 1250 feet. The wind, the fog, the climate all affect the grapes and I had a fascinating conversation with Steve about the “architecture” of the vineyard and how that was still evolving.

In this episode, Steve talks about the soils of the Purisima Mountain Vineyard.

The soil types here include clay and clay loam soils as well as a limestone subsoil. Limestone subsoil is predominate in the Rhone region of France but is not widely found in California. It can be found in the Central Coast from West side Paso to the North and here in Ballard Canyon further south. This limestone is tough and makes it hard for the roots to penetrate it. As a result the roots struggle in the topsoil keeping the vines less vigorous and creating low yields and intense fruit.

Listen to Steve talk about the soils: