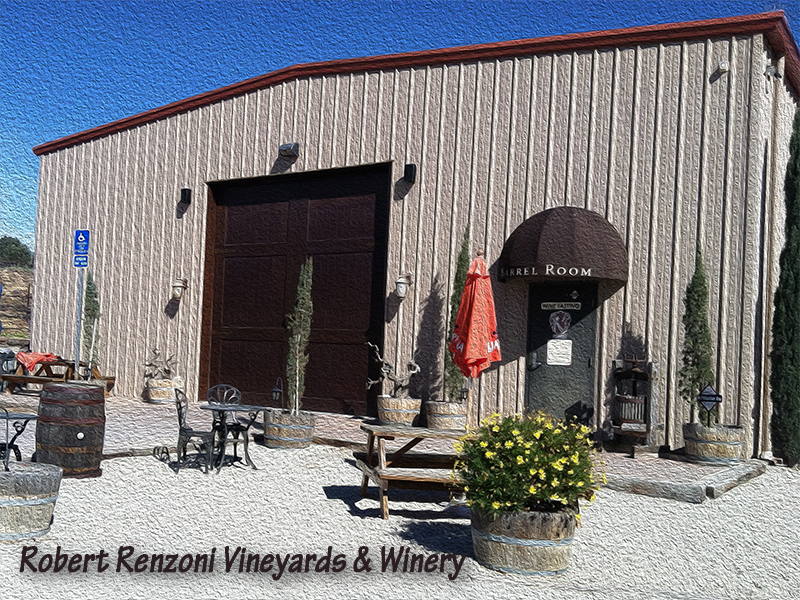 We were visiting Temecula a while ago and were heading to Robert Renzoni vineyards. As we drove by the winery next door, we noticed a Grape Line Tours bus. I groaned inside. It would be filled with a bunch of tourists out to get drunk and not have to drive. Now guaranteed, when I am driving in wine country it is preferable that these type of folks are gathered in a vehicle where someone else is driving them, but I suppose that I always kind of looked down my nose at these tours, dismissing them as “party buses”.

Well we continued on to Robert Renzoni into a quiet tasting room and began our tasting. Then the bus arrived. 10 or so people poured in and gathered at the other bar to do their group tasting. We were surprised when Robert Renzoni himself came out to do their tasting with them. We were able to continue our tasting and listen in as he told the story of his family. Without that big tour group, we would not have had the opportunity to listen to the wine maker in his own words talk about the history of his winery and where his passion for wine comes from.

Now guaranteed I will not be climbing on one of these tour buses. That atmosphere is just not for me. But, I won’t be so quick to completely avoid small tasting rooms when those buses are in the parking lot. You never know what great conversations you might overhear.

Winemaking in the Renzoni family dates to 1886, when Robert’s great grandfather Federico worked in the vineyards near Fano, a small Italian village on the shores of the Adriatic Sea. Federico and his father began making wine for family and friends. At 18, Federico immigrated to America and after two years working as a commercial Fisherman in Connecticut, he decided enter into the cordial business with his brother-in-law, Romeo Battistoni. Prohibition in 1918 forced them out of business.

Federico and Romeo began  a wine distributing business when Prohibition ended in 1933.   Robert’s grandfather Domenic joined them in 1934 and they began importing wines from Italy and France. It was at this time that the trio began doing business with a number of Italian immigrants who had settled in California, including August Sebastiani, Lorenzo Cella (Roma Wines) and Cesare Mondavi (Charles Krug).

Robert’s father Frederick assumed control of the family business, then known as Italian and French Wine Company, in 1972. The business prospered as a wholesale wine and liquor distributorship and eventually covered all of Upstate New York.
Robert formally entered the business in 1989, spending five years in various roles, the last of which was in the sales department. In 1994, the family decided to exit the rapidly consolidating wholesale business and the business was sold. In 1996, Robert opted to relocate to California, and worked in the wine and liquor industry in Los Angeles for several years.
After many years apart, parts of the family were once again reunited in Temecula, when Robert and his parents each moved here in 2004. Once here, the muse of winemaking again beckoned. They purchased a beautiful property on De Portola Road in Temecula, and supplemented the existing vineyards with additional plantings in 2006.

The Robert Renzoni Vineyard & Winery of today is a tribute to Federico, Romeo, and Domenic.