Getting ready for our virtual tasting with @garagi

It's the end of an era. Randall Grahm of Bonny Do

Picpoul or Piquepoul is a grape of the South of France. While it is used as a blending grape in the Rhône, when you travel to Occitanie on the Mediterranean Sea you find it made as a single varietal wine. It is a wine of place, pairing perfectly with the briny oysters and other seafood of the coast. Picpoul translates to “lip stinger”, is named for it’s bright and tingly acid. It is one of the oldest grape varieties in the Occitanie Region of France. 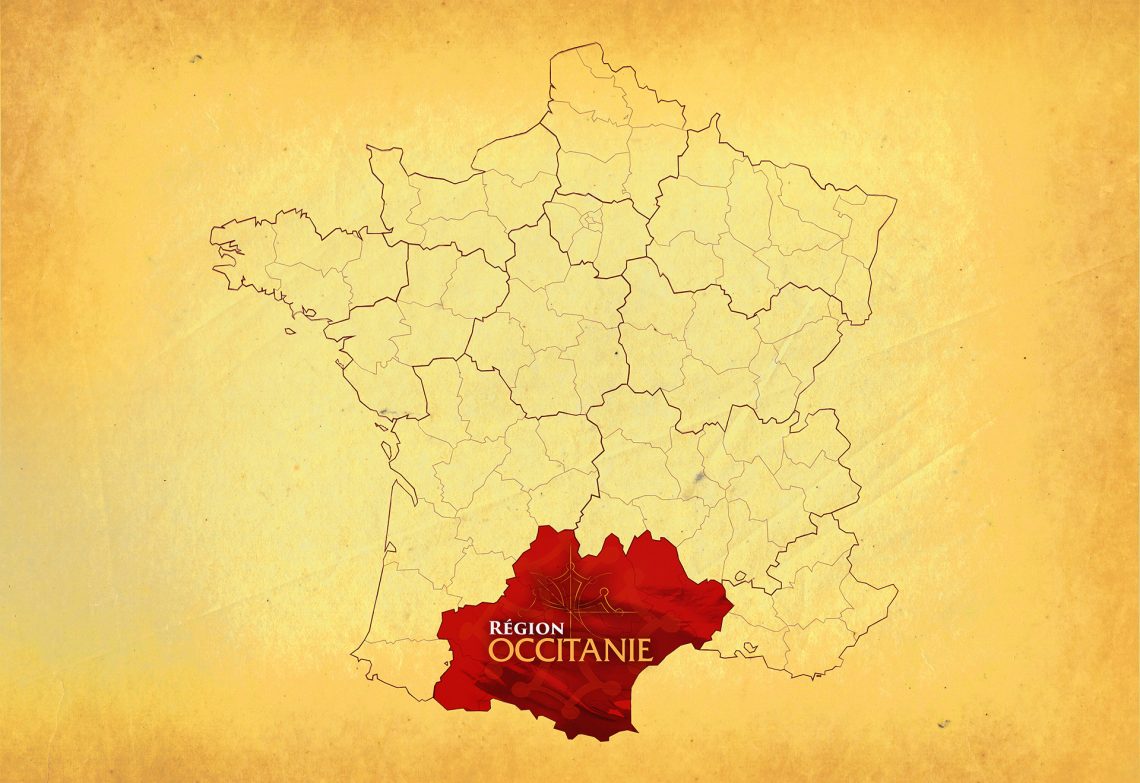 While we have been diving into Rhone grapes lately, and picpoul is a grape of the Southern Rhone, it is more well know in Languedoc-Roussillon, a wine region in the south of France that is west of the French Riviera and runs around the Mediterranean Sea to the border with Spain.

Until 2016 the Occitanie region was referred to as Languedoc-Roussillon, and Midi-Pyrénées. The new name for the region comes from the Occitan cross which was the coat of arms used by the Counts of Toulouse and used in the 12th and 13th centuries. This new larger region encompasses the area they ruled.

Within this region you find Picpoul-de-Pinet. This area around the Étang de Thau has moderate daytime temperatures due to the sea breezes and being close to the lagoon keeps the night time temps from dropping too much. 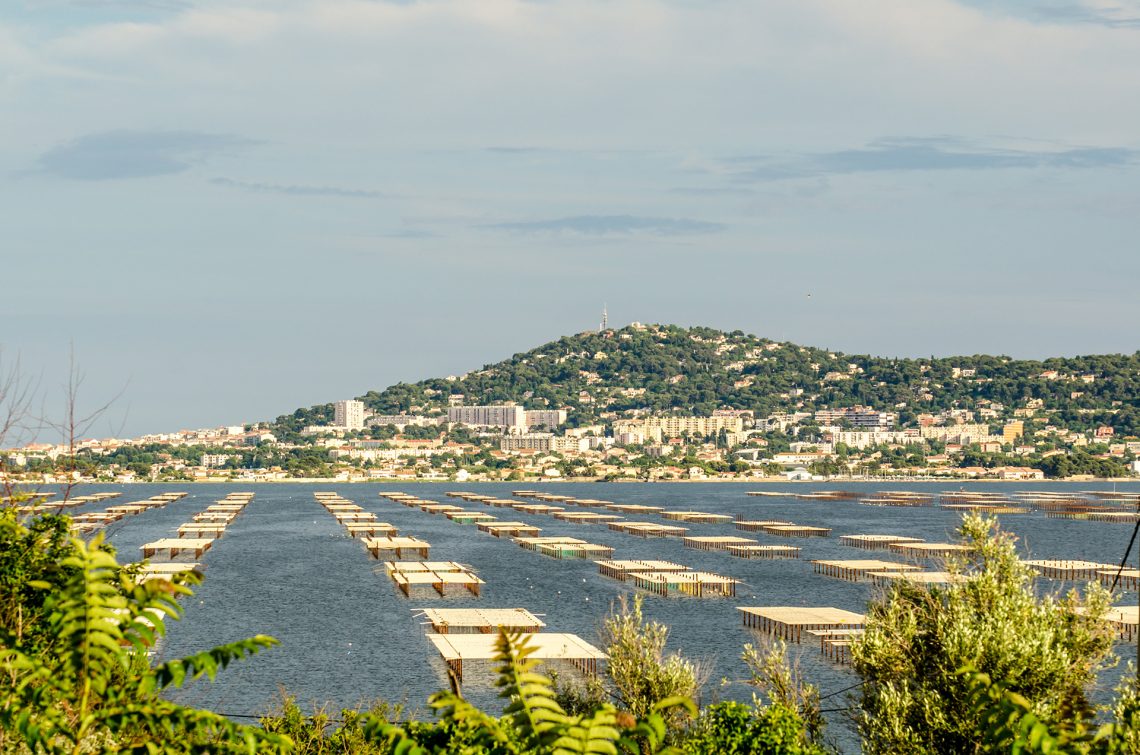 The oyster beds on the Etang du Thau

The lagoon (étang) itself is 7,500 hectares and spans an area along the Mediterranean that runs 21 km along the coast and is 8 km wide. It is one of the largest lagoons off of the Mediterranean Sea. It is also a spectacular place to see flamingos, who stop in to eat in the lagoon around the village of Frontignan. You will also find many oyster and mussel farms in the region.

Pinet is a commune in the Héralt department in the Occitanie region of Southern France. The small community gives it’s name to Picpoul-de-Pinet. The vineyards here are among the oldest on the Mediterranean and grow on the edge of the Thau Lagoon.

Picpoul vines grow well and are early to bud out in the spring, which does make it a little susceptible to frost. It also ripens late and it has a tendency toward mildew. The grapes themselves are oval and tend to drop off easily. I have heard that vineyards used to lay pans out under the vines to catch the grapes as they fell.

Join us as we explore the many distinct and beautiful Wine regions of france.