Don’t be afraid to try new pairings and stop back here at Crushed Grape Chronicles for more insights and recipes for pairings. You can also find us on Facebook, Twitter and Instagram

Pinot Noir is a red wine grape variety of the species Vitis vinifera. The name is derived from the French words for pine and black. The pine alluding to the grape variety having tightly clustered, pine cone-shaped bunches of fruit.

Pinot Noir grapes are grown around the world, mostly in the cooler climates, and the grape is chiefly associated with the Burgundy region of France. Pinot Noir is used to make the Italian wine Franciacorta. Other regions include: the Willamette Valley of Oregon, California,  South Africa, Australia and New Zealand. Pinot Noir is the primary varietal used in sparkling wine production in Champagne and other wine regions.

Kevin was the lone American on the panel. He jokes when the get to him “I don’t have an accent”. His wines have previously been produced under the Luminesce label but they have had to relinquish that name. In the interim you will see them often listed as Luceant Luminesce as they segue into their new name Luceant. Before opening his label, he spent 7 years as the assistant winemaker at Tantara. He is soft spoken and you won’t find him out on social media. This humble winemaker spends all his time pushing to make greater wines. The differences in his two Pinots were many, but they were both beautiful expressions of their vintage and style.

for More Conversations check out our Wine Education Series

some may need to decant

more tannic Pinots are ideal with duck and other game birds, casseroles, stews like beef bourguignon. 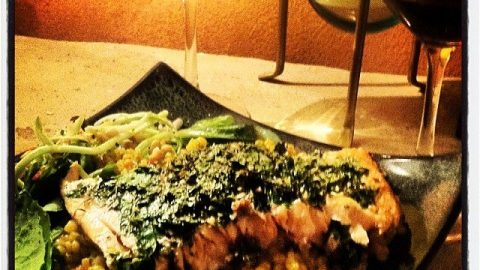 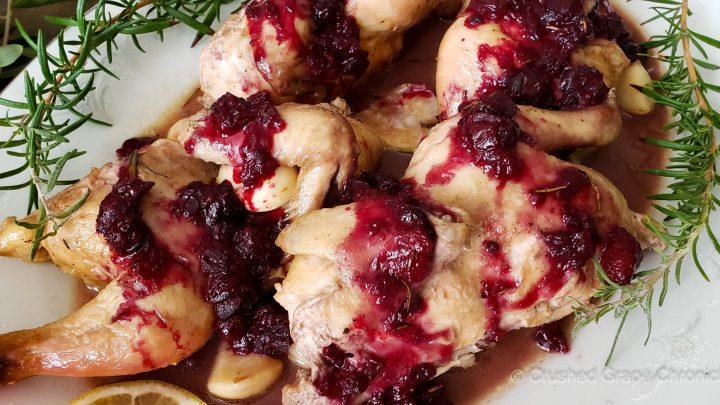 This was an elegant dish that we paired with a Pinot Noir from Oregon’s Willamette
Valley.  We wanted something that would not be too heavy, but would match the elegance of this wine.  Incorporating Pinot Noir into the dish as well as adding a savory berry drizzle, help to match notes in the wine and make this pairing extra delicious.

This recipe was inspired by a recipe by Moon and Back on Allrecipes. https://www.allrecipes.com/recipe/8938/cornish-game-hens-with-garlic-and-rosemary/

We adapted the recipe for 2 game hens rather than 4 and made a few other adjustments like adding the berry drizzle. 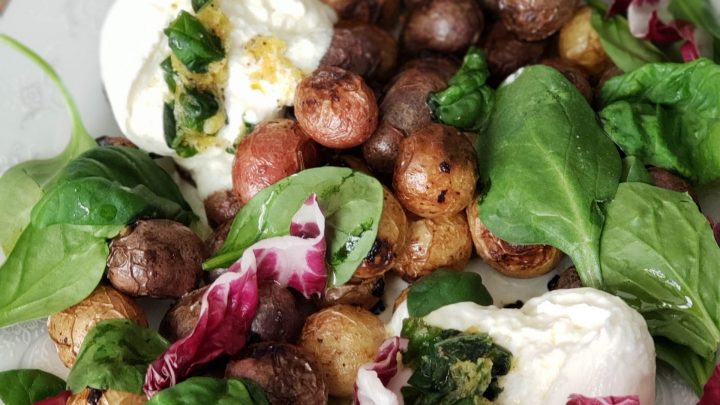 This is one of those dishes that you see on pinterest and can’t get out of your head. Inspired by this recipe from Half Baked Harvest, we updated to include different greens and potatoes that were available in the winter. 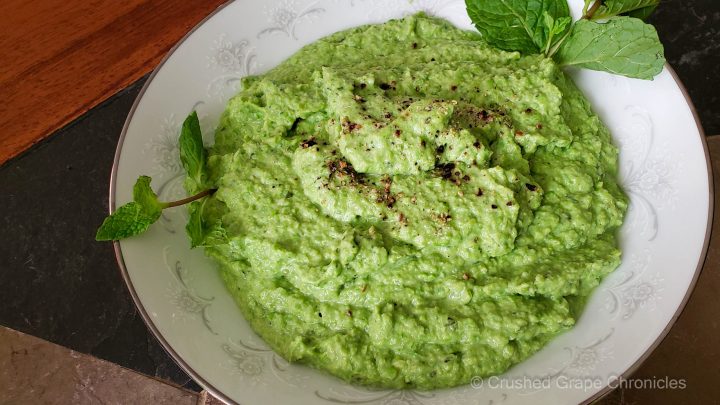 Sometimes you look at a plate and it just needs some green.  What if you
really DON'T feel like a salad?  I found a quick and easy recipe for
Pea Mash on Sprinkles and Sprouts and updated it adding fresh mint to
brighten the dish. 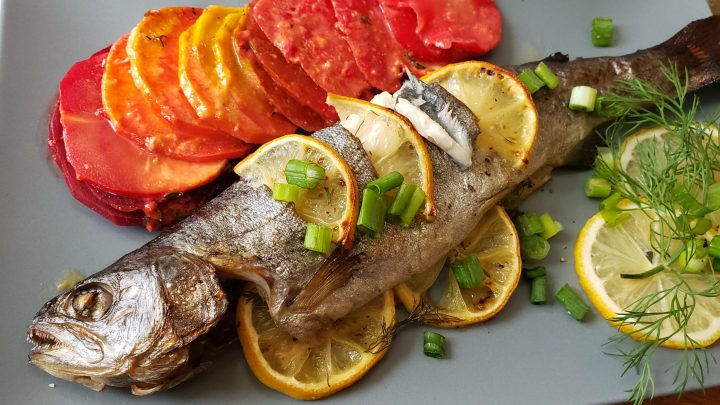 Salmon & Pinot are so traditional, we stepped just a bit outside the box.  The key to red wine with fish is choosing a fatty fish and so we chose rainbow trout. The trout with its distinctive flavor and fat stood up to both of the wines, even the brooding Natasha Pinot Noir from Youngberg Hill. 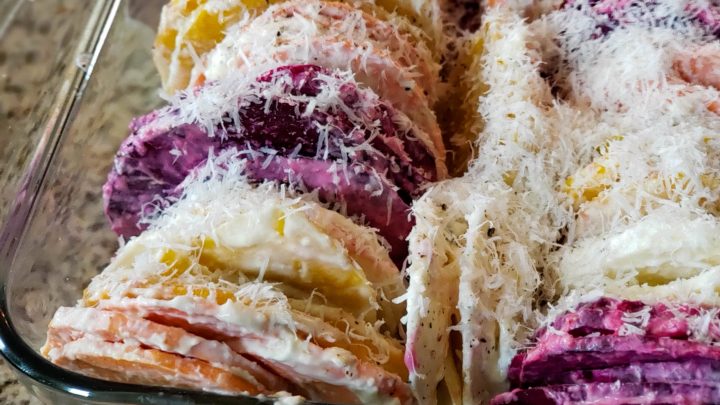 We adapted this recipe for my vegetable with our Pinot Noir pairing. I went earthier choosing a root vegetable gratin, in a rainbow of colors, with red beet, sweet potato, golden beet, and parsnip. 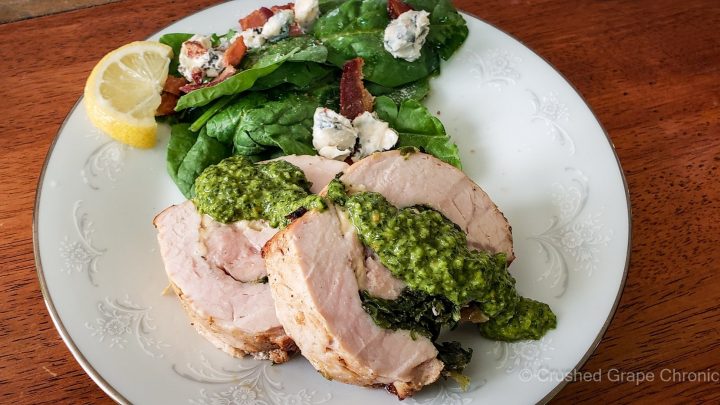 There are a couple of great things about a stuffed pork loin.  First, they are inexpensive.  I got mine on sale 2 for $10.  Even when not on sale a 1.5 lb pork loin will rarely cost you more than $10.  Second, you can stuff them with a wide array of things, which allows you to cater to your tastes or to the wine you will be drinking (we were pairing with Chilean Carménère).  I opted to go with spinach, bacon, onion and smoked gouda.